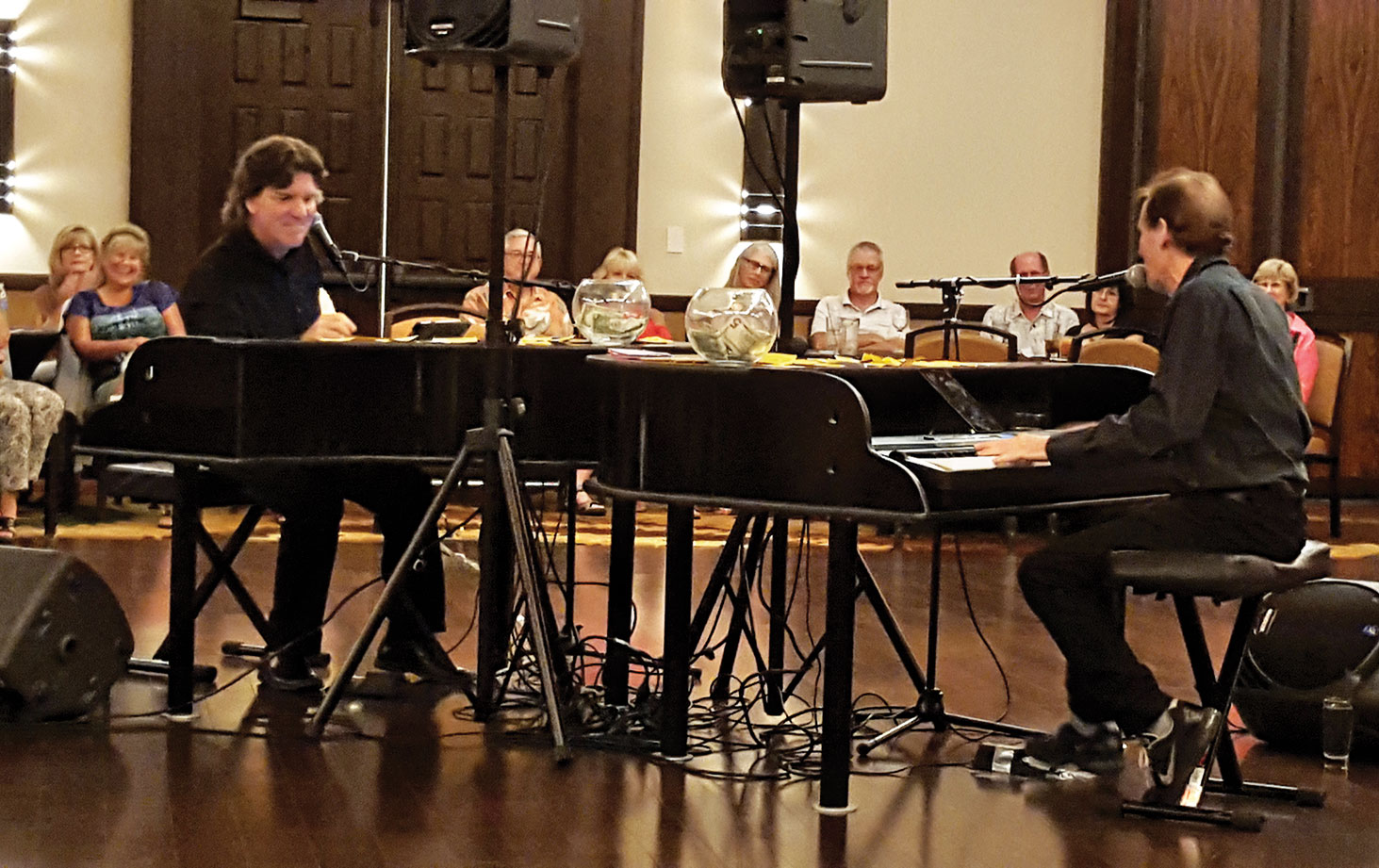 The 4th of July weekend was off to a great start on Friday night when over 100 Robson Ranch residents were treated to Black Box Production’s Dueling Pianos in the Hermosa Ballroom.

Two pianos were set up in the center of the room on the dance floor with tables surrounding them. Everyone had a good view of the performers. Pianists Pete Wilson and Steve Kostakes are part of a team of five pianists who play throughout the state, rotating performers so each show is a little different.

Pete and Steve encouraged audience participation by infusing songs with sing along, acapella and “fill in the lyrics” challenges. Toward the end of the evening those who just couldn’t sit still any longer gathered in two sections of the room, on their feet, groovin’ to the beat. It was a fun, relaxing and light-hearted way to spend the evening.