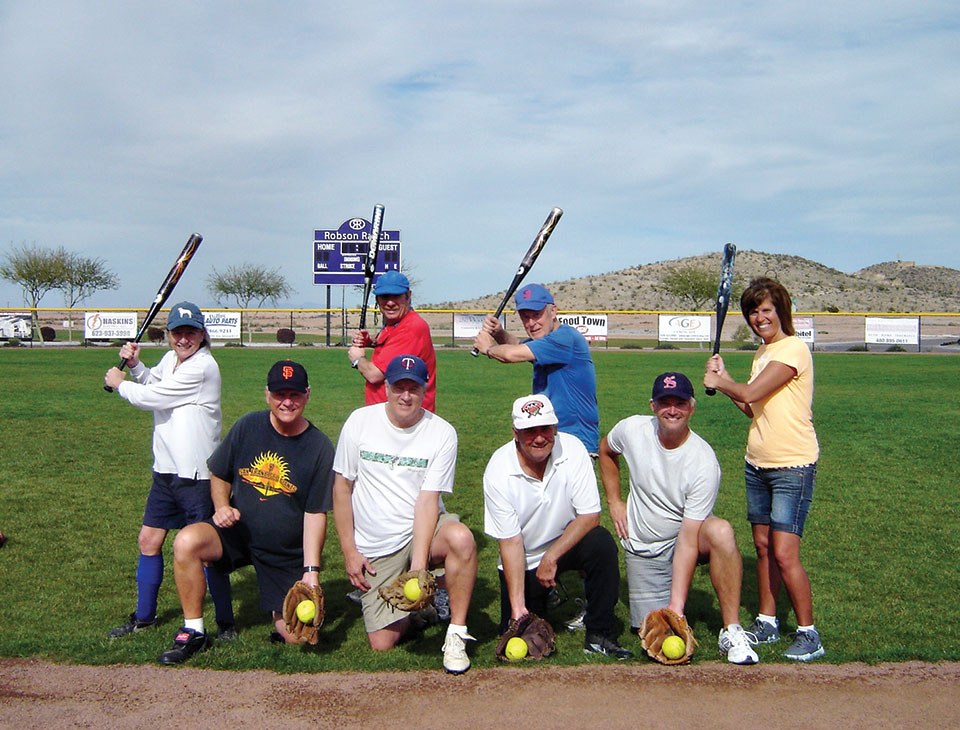 Some of our players with our new score board

Another season of community softball has come to an end until we resume in October. It was a time of fun for both women and men who wanted to go back to their youth and play ball or for those who may never have played softball.

A time to hit, field, exercise and learn some knowledge of the game. We also had people that were renters that became homeowners. They said, “This is too good to be true. I think I’ll stay here all year.” There also were some that became players on our Robson Club teams.

Let’s see you all come out in force this fall, and those that have not, give it a shot.