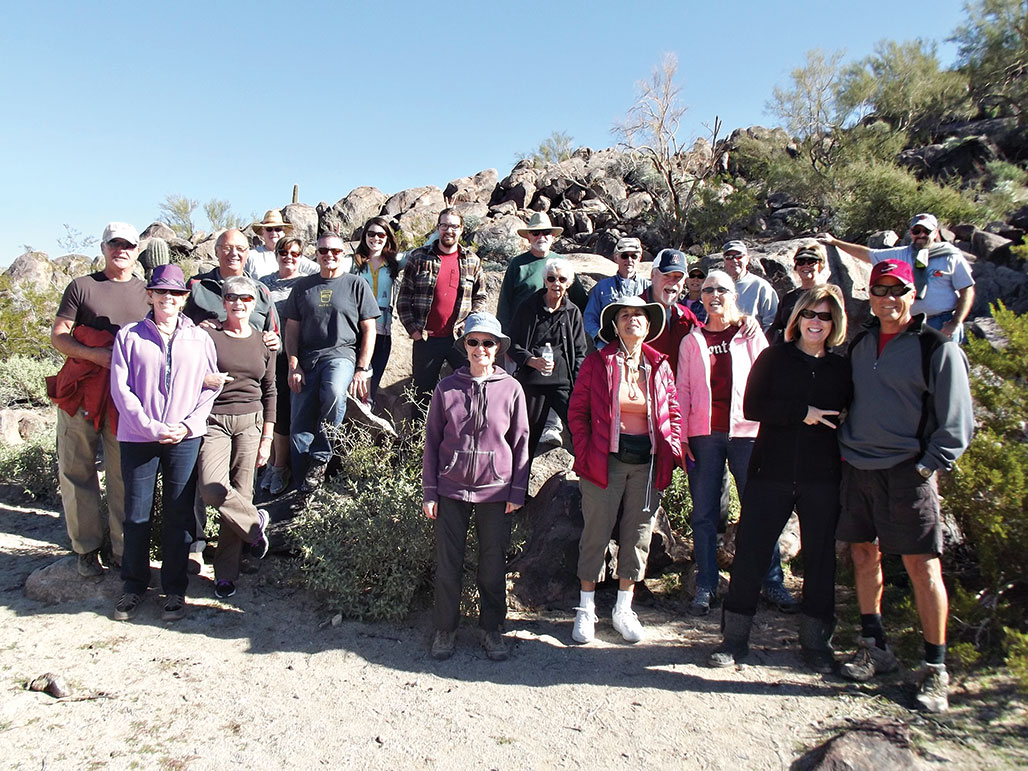 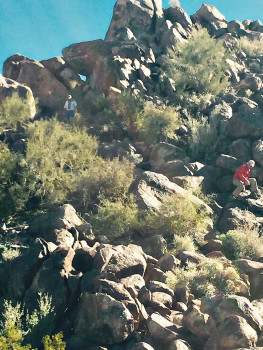 Fred Koser and Dan Kandel, near the top, climbing to get a better view

The day after Christmas the Robson Ranch Hiking Club, both Cardio and Rec hikers, had a fun day exploring nearby Picacho Mountains. Hiking leader Jim Price led the group for a change from the normal Friday hike. They first journeyed to the historical site of the stage coach station and homestead.

In 1879 the Southern Pacific Mail and Stage Line Company built a one-room adobe station and mesquite corral. It was a horse changing and water stop on the route from the railroad station at Picacho for passengers traveling to Florence and beyond. In 1913 Rancher Juan Verdugo recorded it as a Homestead; in 1917 he added a room and raised the roof. About the same time a ranch school was built to the north. In 1920 the property returned to the state. Later, area ranchers leased the land and used the building as a bunkhouse and storage until the late 1980s. Today it is land held by the Arizona State Land Trust.

After spending time at the historical site, hikers proceeded to the Picacho Mountains to explore the Petroglyphs left by our ancestors. The mountain range is well known for its archeological artwork with over 4,000 recorded images throughout this area; stick man glyphs appear in abundance as well as deer and big horn sheep. Other mysterious drawings include suns, circles, four pointed stars, and squiggly lines with no distinctive repeating patterns. This form of communication is rife with opportunities for interpretation. For example, one indecipherable squiggle when viewed from above remarkably resembles a nearby mountain perhaps suggesting that of a  map.