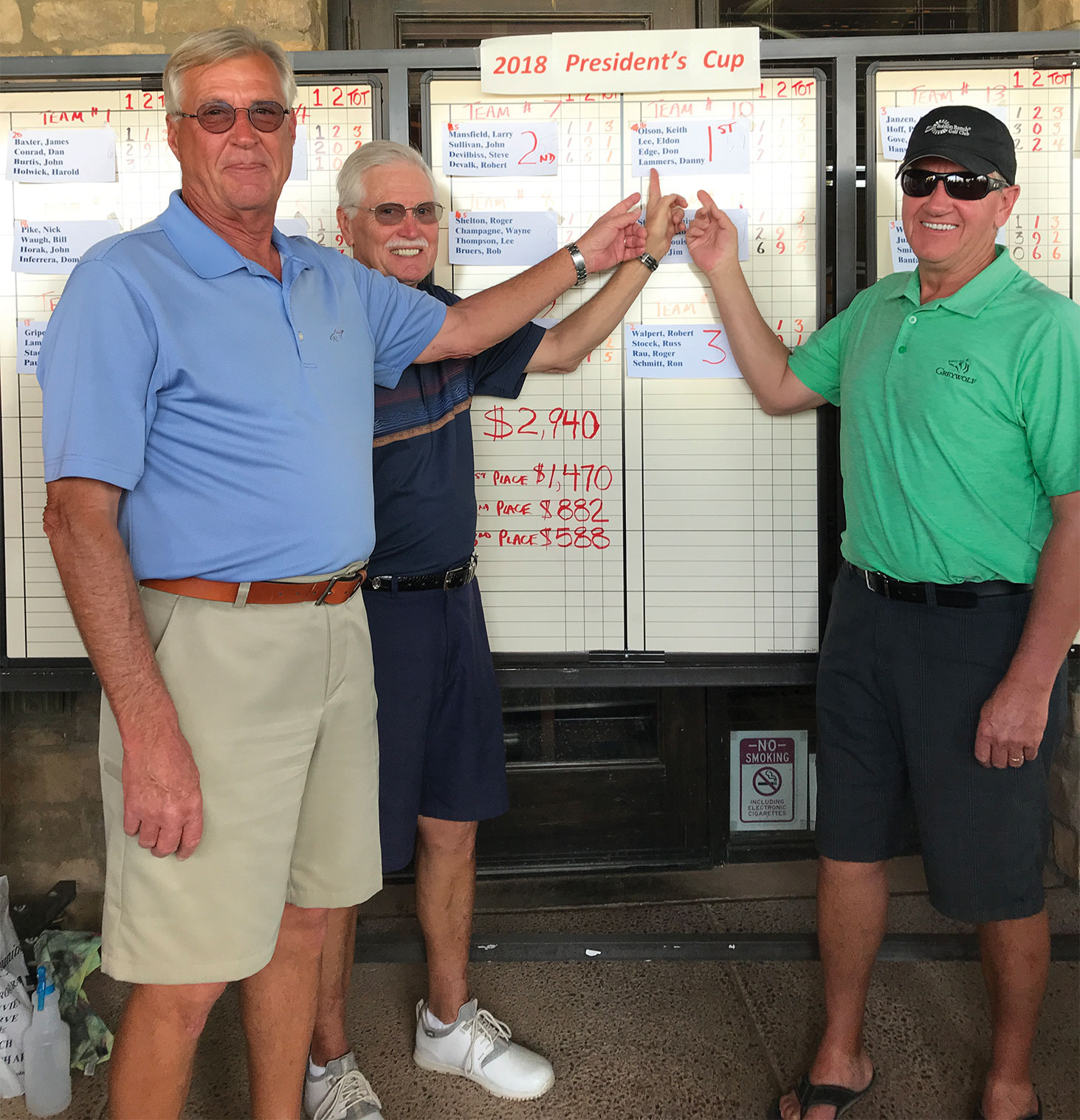 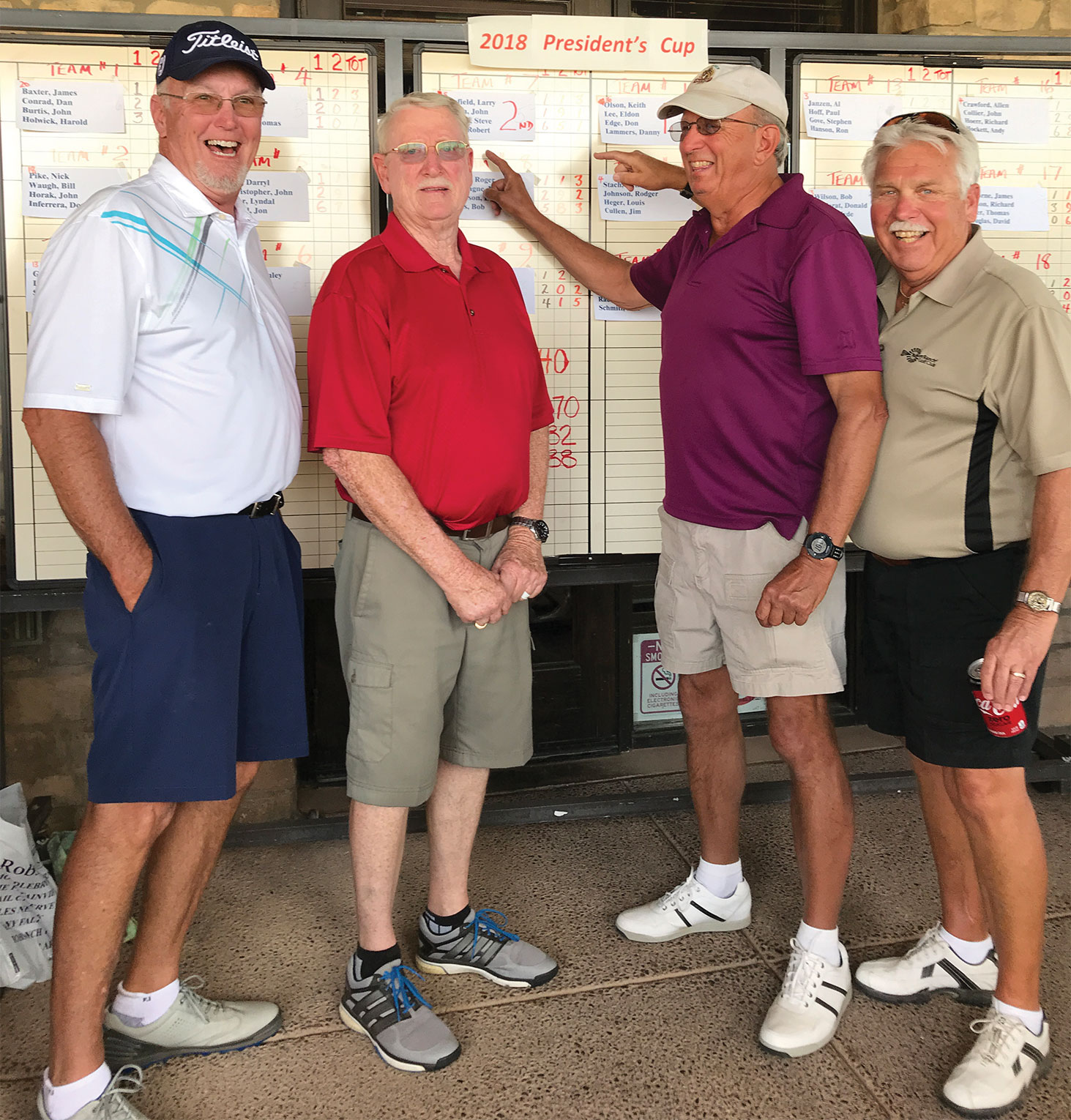 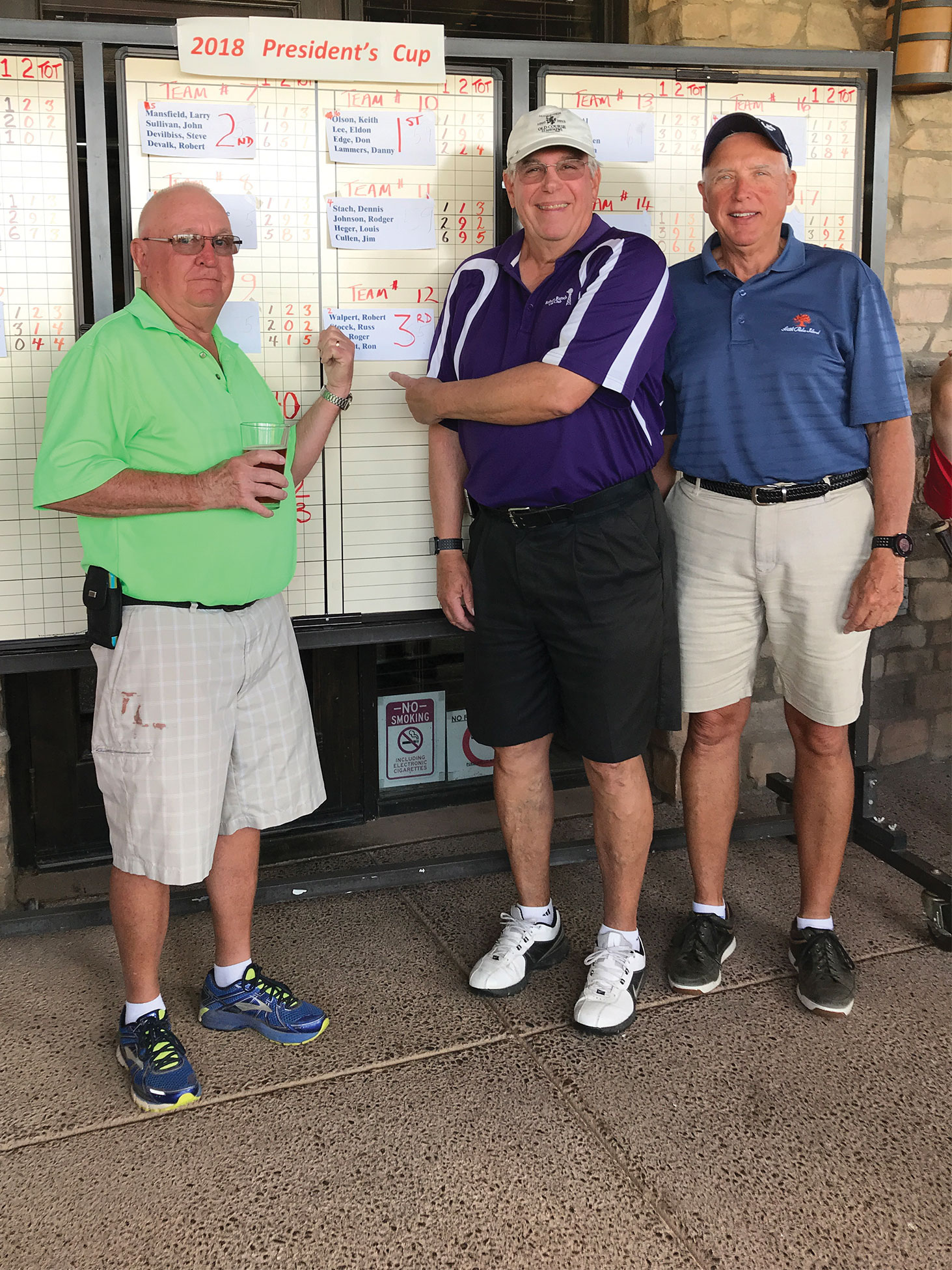 This year the Men’s Club hosted a President’s Cup Tournament, in lieu of their traditional Member/Guest tournament. The first day was a skills challenge event, then eighteen teams (four men per team) competed in a two-day tournament; the first day the two best low net scores were used based on a “COD” format, and the second day was played using the best three net scores on each hole. The weather cooperated, and players enjoyed a nice meal every day; special thanks to the staff at the Grill for great food and service! Also, thanks to Don Juillerat, Nick Pike, Mary Pryor and Patty Bruchez for verifying scores daily.

The Long Drive contest was won by Roger Shelton and Stan Strickland.