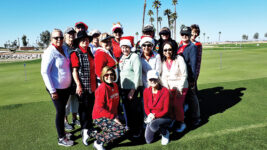 Everyone got in the Christmas spirit and wore their Christmas-themed golfing outfits to the 2019 Christmas Scramble. 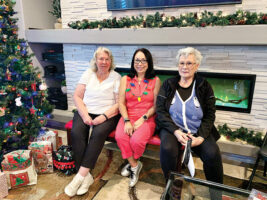 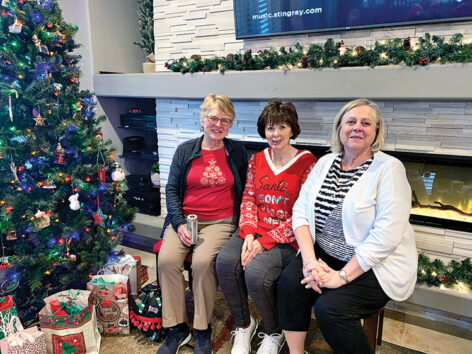 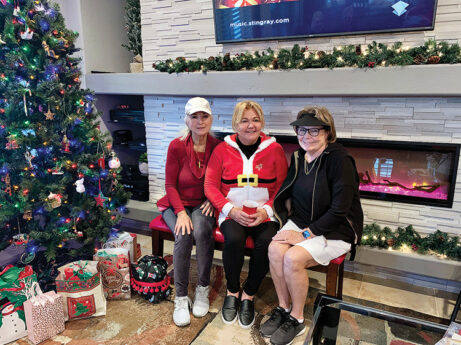 Robson Ranch Lady Lynx 9-Hole Golf Association held their 2019 Christmas scramble on Dec. 19. It was a Step-Away scramble where each team drives and then picks who hit the best ball. Then, the other team’s golfers drop their balls within a club’s length of the best ball.

The person who hit the best ball does not hit that round, and “steps aside” until the next round. The “step aside” repeats until they reach the green. Then, everyone putts with a 2-putt maximum.

All participants received goodie bags, and other prizes were as follows with the prizewinners noted.

Betty Harrison won closest to the pin, and won a string of Christmas lights.

It also featured a robust white elephant gift exchange which had everyone in stitches.

Assisting the officers are photographer/correspondents Cindy Dix and Tina Fleming, along with assistant coordinator, Jill Copeland.

Robson Ranch Lady Lynx 9-Hole Golf Association’s purpose is to promote interest and enjoyment in the game of golf, by organizing women golfers. They welcome all lady golfers to play, and anyone interested in joining can contact Ruth Faivre at [email protected] or 715-347-3755.