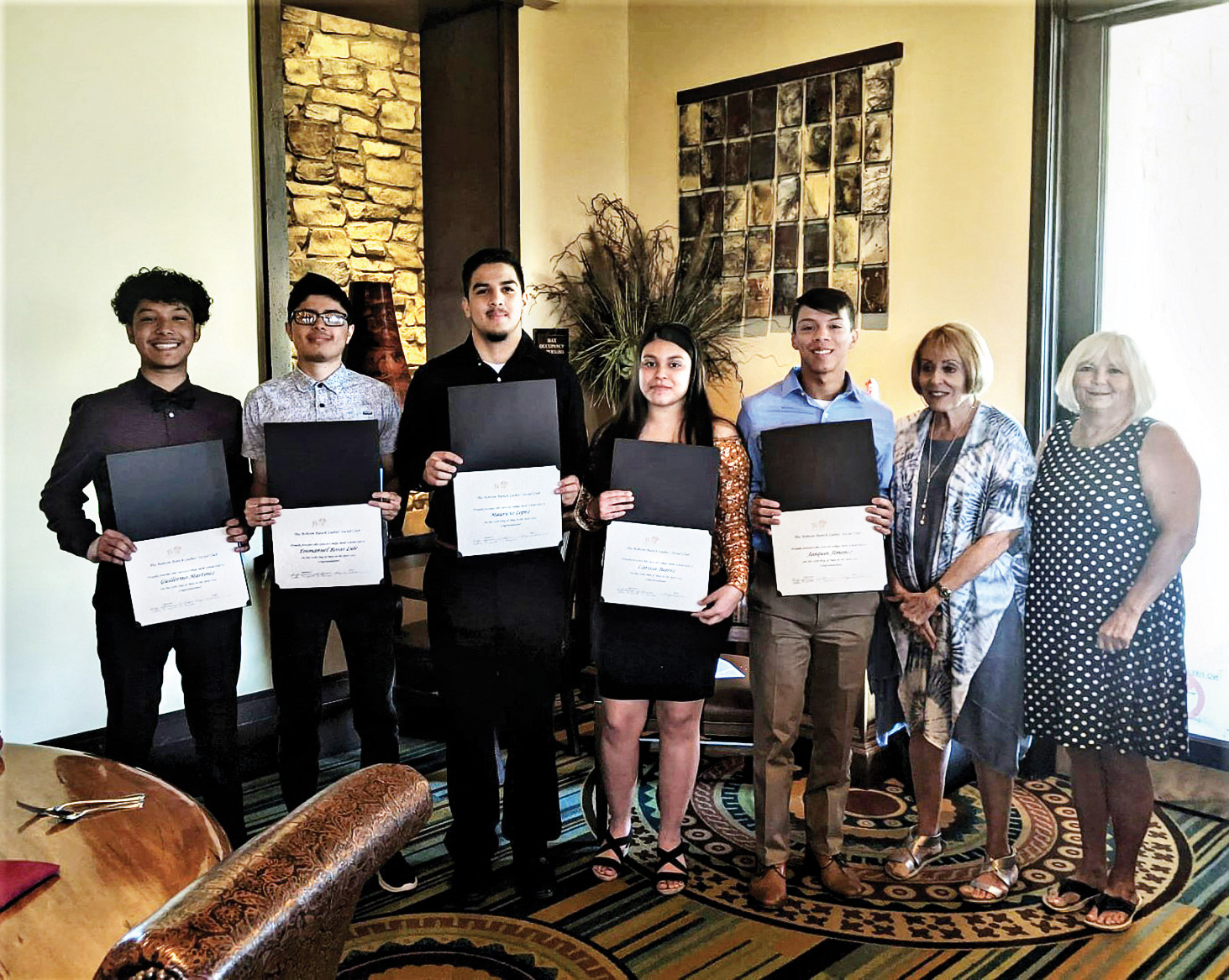 The Ladies Social Club awarded college book scholarships to five deserving seniors from Santa Cruz Valley Union High School in Eloy. Each year, selected recipients receive $500 to use toward the purchase of textbooks and incidentals needed for college. Congratulations to these deserving students!

Guillermo Martinez plans to pursue a career in radiology at Central Arizona College, then continue his studies to become a radiologist. Guillermo has already received an introduction to the medical field through the Central Arizona Valley Institute of Technology (CAVIT). There he has earned certifications as both a direct care worker and patient care technician.

Emmanuel Lule wants to pursue a career in software development. He will begin his journey toward that goal at Central Arizona College, hoping to then move on to a university program. He became student council president in his sophomore year of high school and a member of the National Honor Society in his junior year.

Mauricio Lopez plans to attend Central Arizona College to pursue a career in nursing, and then complete post-graduate studies for certification as a nurse practitioner. He earned multiple varsity letters in all the sports in which he participated, and was on the wrestling team that won the state title. Mauricio additionally volunteered to help with school and community events.

Carissa Juarez will attend Arizona State University to become a physical therapist. She earned two varsity letters in band and served as the manager for the 2020 varsity football championship team. She also participated in other community service activities.

Joaquin Jimenez plans to attend the Ira A. Fulton School of Engineering at Arizona State University to pursue a career in robotic engineering. He was elected vice president of his freshmen class, is a member of the National Honor Society, and is this year’s valedictorian.

Thank you to Frank Jimenez, high school counselor, and Barbara Crawford for coordinating this scholarship program.