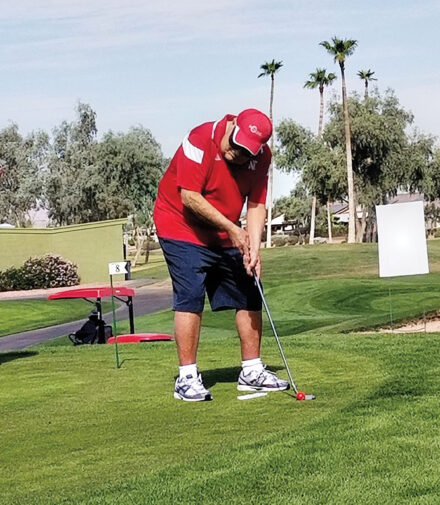 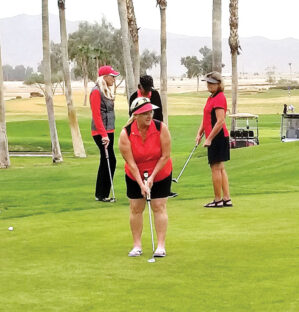 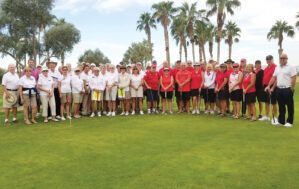 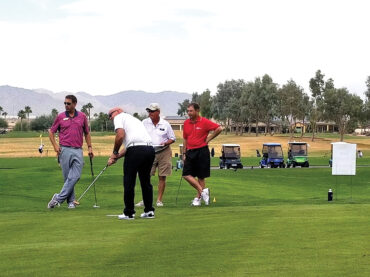 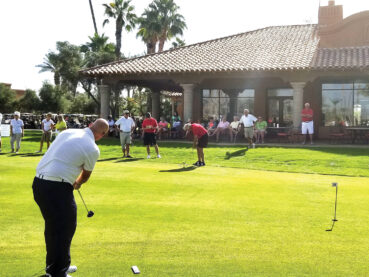 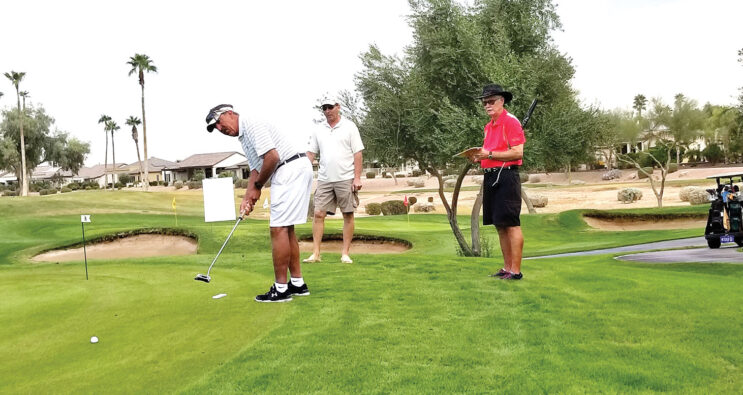 On October 30, 2017 a team of 23 putters trekked from Robson Ranch all the way up to West Valley for the inaugural “Duel in the Desert” against the PebbleCreek mixed putting league. The event was an 18-hole match play challenge with each hole worth one point. Players were paired up against putters with similar handicaps for 18 holes o.ery challenging putts. The PebbleCreek league has almost 400 members, while the Robson Ranch Mixed Putting League (RRMXPL) is still in its first year. In spite of that we are proud to say that the Robson Ranch team took home the honors by a landslide! The RRMXPL team scored a total of 231.5 points while the PebbleCreek team scored 182.5 points.

Many thanks also go to PebbleCreek Pro Jason Whitehill, Bettyann Baumgartner and the rest of her team o.olunteers at PebbleCreek who put on a wonderful an.ery organized event. The putting was followed by an awards presentation and a lunch of pulled pork, turkey burgers or .egetarian option. The RRMXPL looks forward to defending its title next year, so plan to come out and join the fun! For more information on the RRMXPL or to be added to the email distribution list contact Nick Pike, RRMXPL president, at [email protected]