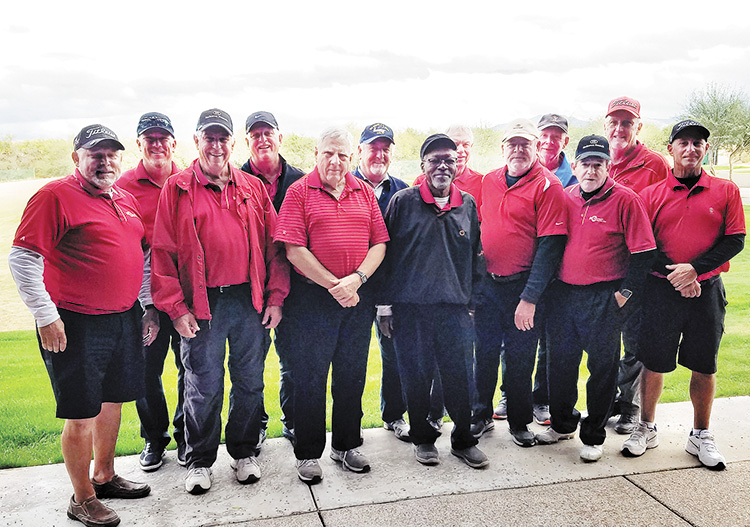 On Nov. 20, a cool wet day, twelve Men’s Club golfers traveled to Quail Creek for the annual Robson Challenge. It rained a few times during the match, and the wind kept us cool and challenged us to decide whether to use more or less club on a hole. We put up a valiant fight but ended up with a total of 744 for the best net 10 of the 12 guys who golfed for Robson Ranch. The winning team was Quail Creek with 738—we were only six strokes short of a win. There were two teams from PebbleCreek and Quail Creek, and one from SaddleBrooke Ranch and Robson Ranch, for a total of six teams.

Members qualified for the challenge on Nov. 13, with the lowest net scores for the day. Our club champion, Jerry Merida, (actually second place as the champ moved) and senior champion, Stan Strickland, got automatic spots.

We did have individual winners with Jerry Merida and Scott Gripentrog tying for third place in the first flight. Stan Strickland tied for first, and Rob Sibilian tied for fifth—both in flight two. Dan Conrad tied for third in flight three.

This is the third year that we have placed second, so we are so close to winning our first Robson Challenge. We will get it next year 2020!