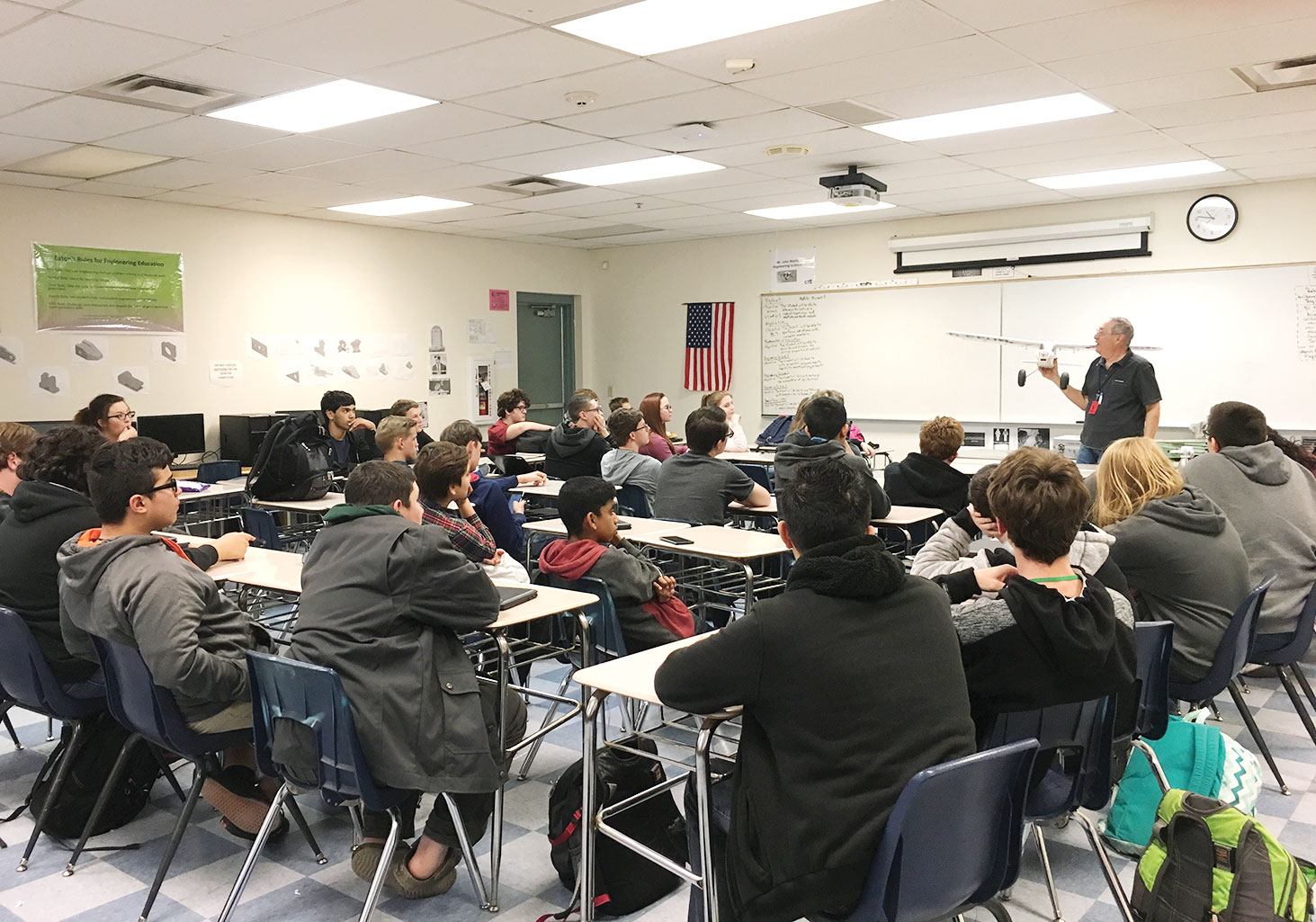 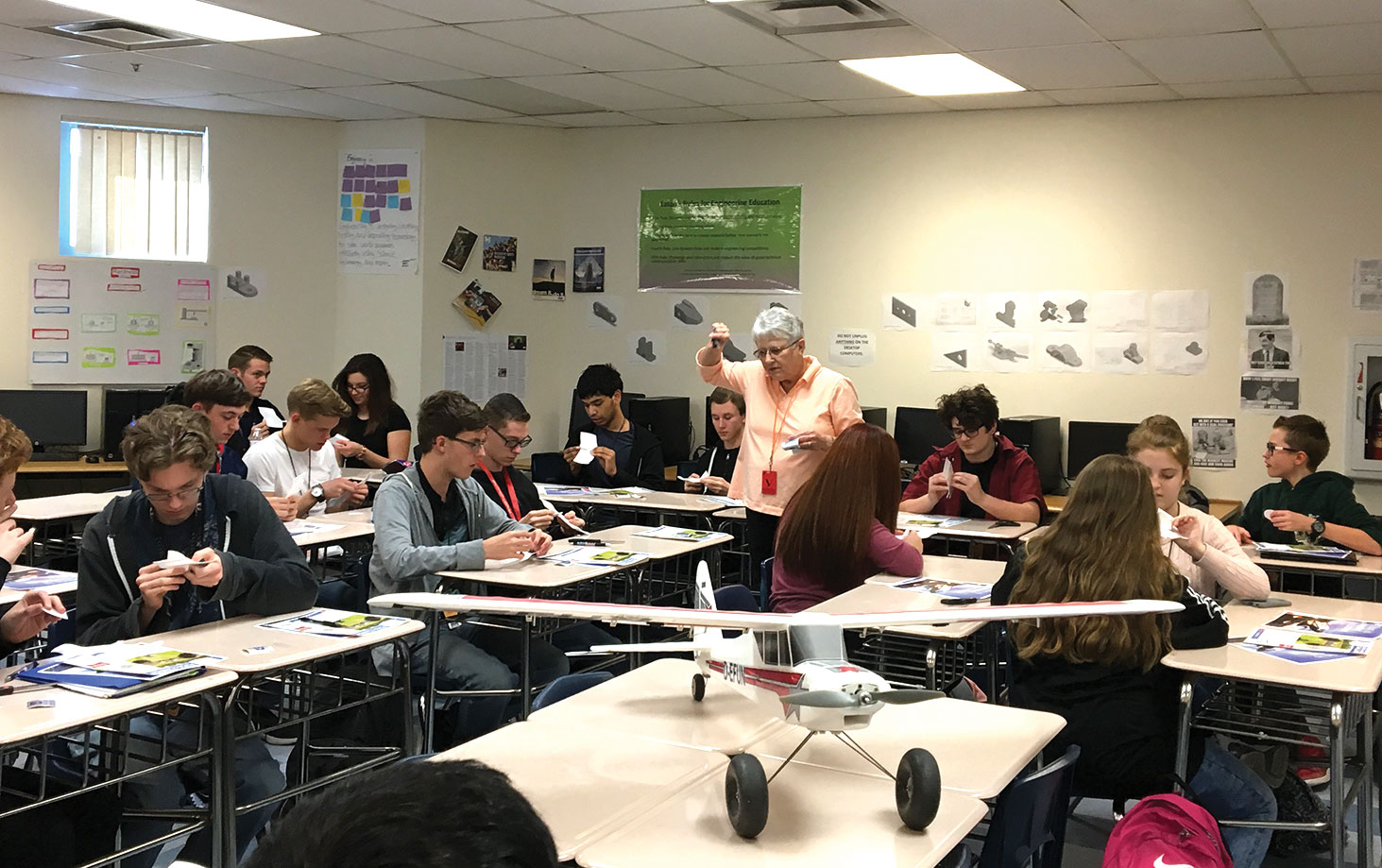 Five years ago the City of Casa Grande leased 11 acres of land to the newly formed club of the Casa Grande RC Flyers for $1/year. In the past five years the CG RC Flyers has returned this “favor” by hosting monthly flying events during “the season” for the residents of the area, plus have used these events in coordination with the Casa Grande Food Bank, the Valley Humane Society and Wounded Warrior groups to raise money for their charities. In the past month two members of the club from Robson Ranch, Alan and Nancy Friedman, once again paid this favor forward by presenting an aviation lecture to the Casa Verde STEM High School and to the Maricopa 4-H Club. FPG-9 gliders (Foam Plate Glider-9 inch) provided by the Academy of Model Aeronautics in conjunction with the Alcoa Company were assembled and used to investigate how the control of a model aircraft in flight is an application of Newton’s third law of motion. The students observed the three dynamics of flight or the three ways a plane rotates in the air: pitch, roll and yaw. An invitation was extended to the young students to join the CG RC Flyers club on the coming second Saturdays of February and March to learn how to fly an RC plane using a buddy box system with an AMA instructor or just try the First Person View Goggles (FPV) which would be available.

The residents of the area, including those of Robson Ranch, are invited also to test fly with an AMA instructor or try the FPV goggles at the Air Show on Saturday, March 11. This event starts at 9:00 a.m. and ends at noon. Food and beverages will be available for breakfast and/or lunch. Directions to the field can be found on the CG RC Flyers website at:  www.casagrandercflyers.com.