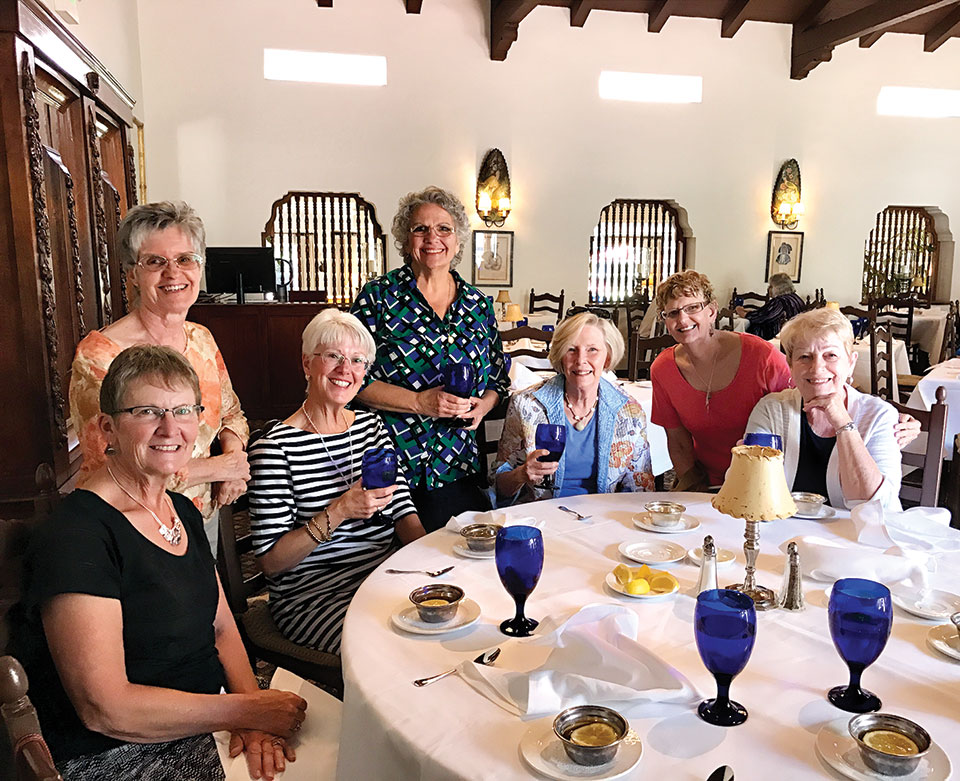 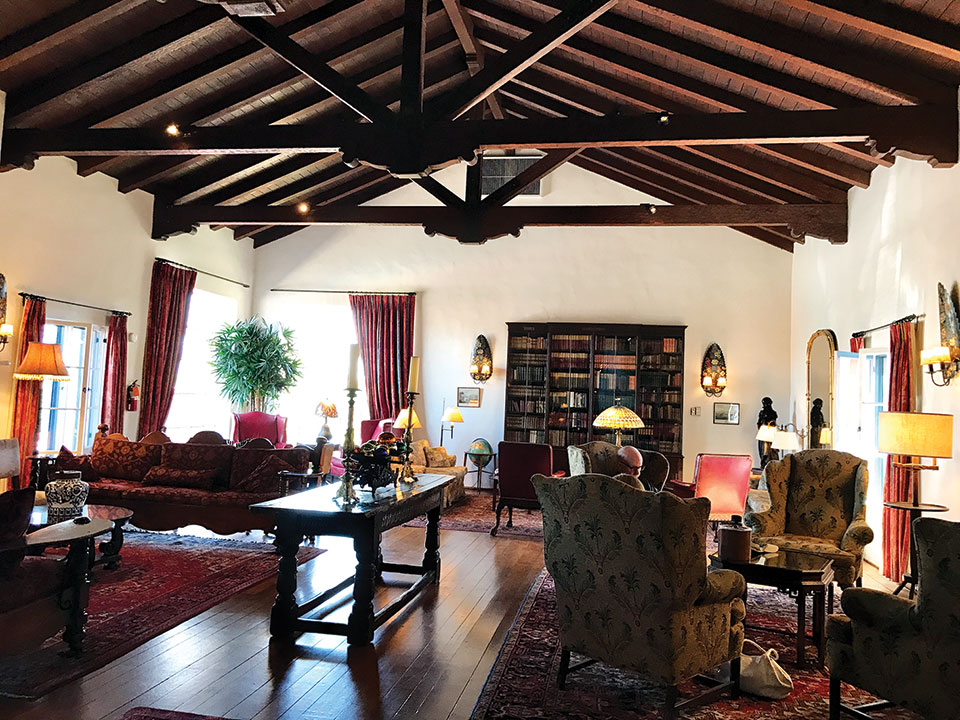 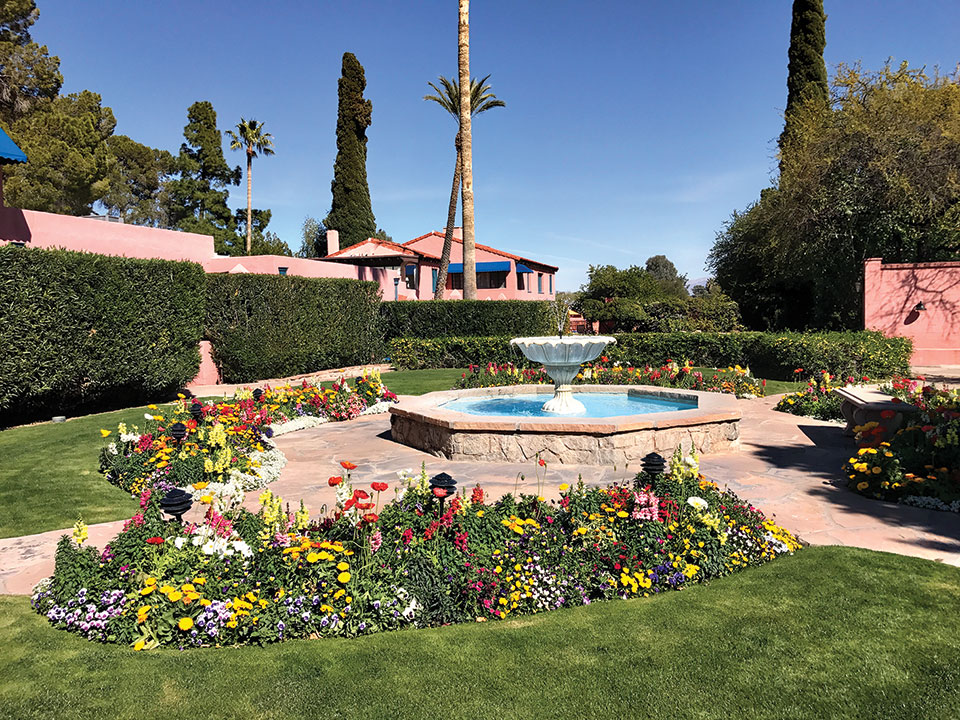 A view of the grounds/garden area 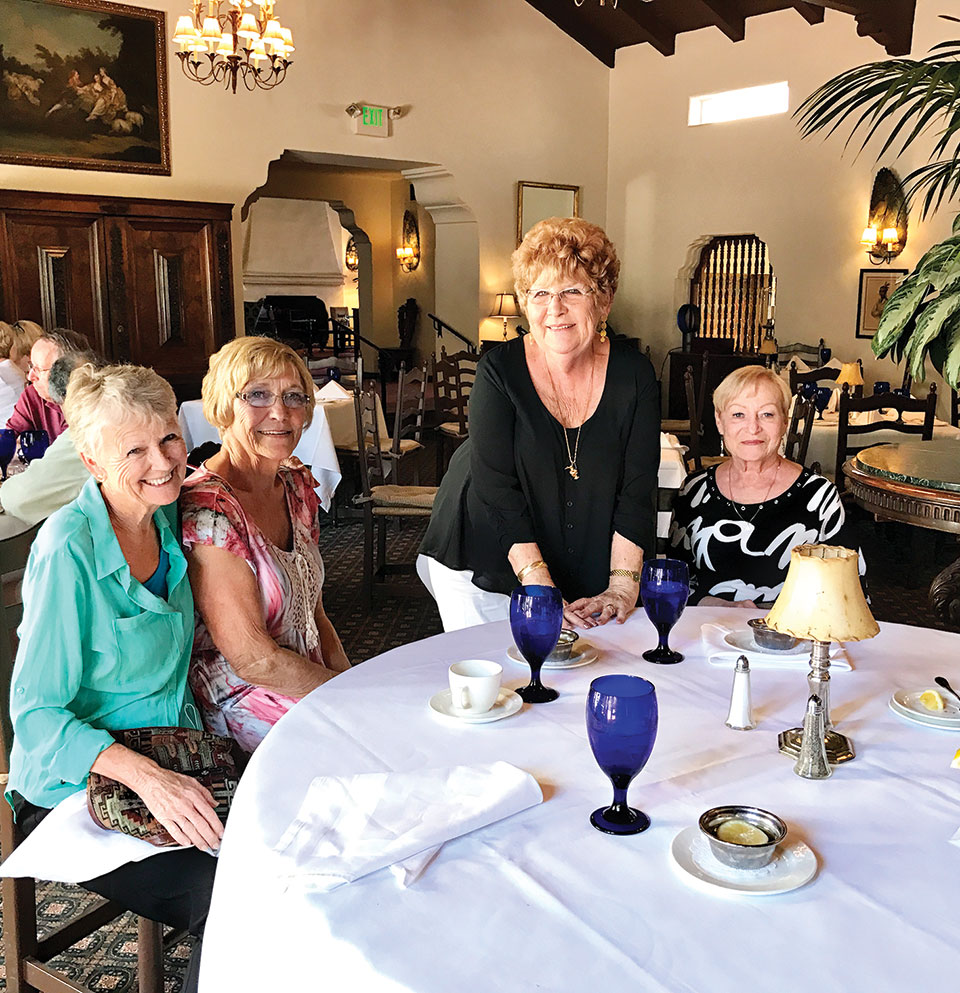 The historic Arizona Inn in Tucson was the destination for a “road trip” in March for the Page Turners Book Club. In 2015 the book club read Isabella Greenway: An Enterprising Woman by Kristie Miller. Ms. Greenway was the founder of the Arizona Inn. Club members were fascinated by Ms. Greenway’s life and her place in Arizona history. Julie Lesica, a club member, suggested that a luncheon road trip to Tucson would be a fun way to see and experience Ms. Greenway’s vision for her resort. The Inn is lovely and offers indoor and outdoor dining and is open to the public (reservations suggested). We all enjoyed our delicious lunch! Members then walked the grounds, enjoying the very warm day, beautiful gardens, library and gift shop.

Haven’t heard of Isabella Greenway? Most of the book club members (none of whom are native Arizonans) had. While attending school in New York City, she met and became lifelong friends with Eleanor Roosevelt. She was a bridesmaid at Eleanor and Franklin’s wedding and Godmother to their only daughter. In 1932 she became Arizona’s first female U.S. Congresswoman. Ms. Greenway also was one of the speakers at the 1932 Democratic Convention, seconding President Roosevelt’s nomination. Within months of her election she secured a large public works project for Arizona. This project put 14,000 of Arizona’s estimated 21,000 unemployed to work. She was re-elected to a second term in 1934 before retiring from politics. During her time in politics she was on various committees dealing with Indian Affairs, irrigation and public lands.

Ms. Greenway was interested in many of the social activism issues as the Roosevelts. She was instrumental in job creation in the 1920s for veterans of World War I. Many returning veterans, who were exposed to mustard gas, were sent to Arizona for its climate. She founded the Arizona Hut in 1928. This custom furniture factory employed over 100 veterans. The factory made furniture that was shipped nationwide to the best department stores of the era. However, furniture orders decreased during the depression. The Arizona Hut was eventually closed. To keep veterans employed Ms. Greenway began construction of the Arizona Inn in 1930. The furniture constructed by the veterans was used in the hotel, and many pieces are still in use today.

Ms. Greenway died at the Arizona Inn in 1953. This boutique hotel remains in operation today and is run by her family. The hotel offers 95 rooms, beautiful grounds and gardens, a swimming pool, tennis courts and restaurant on its 14 acre site. It has been on the National Historic Register since 1988. It is located in Tucson’s Historic District.

If you are looking for a lovely place to spend a special occasion or when visiting Tucson, our book club believes you won’t be disappointed with the Arizona Inn.