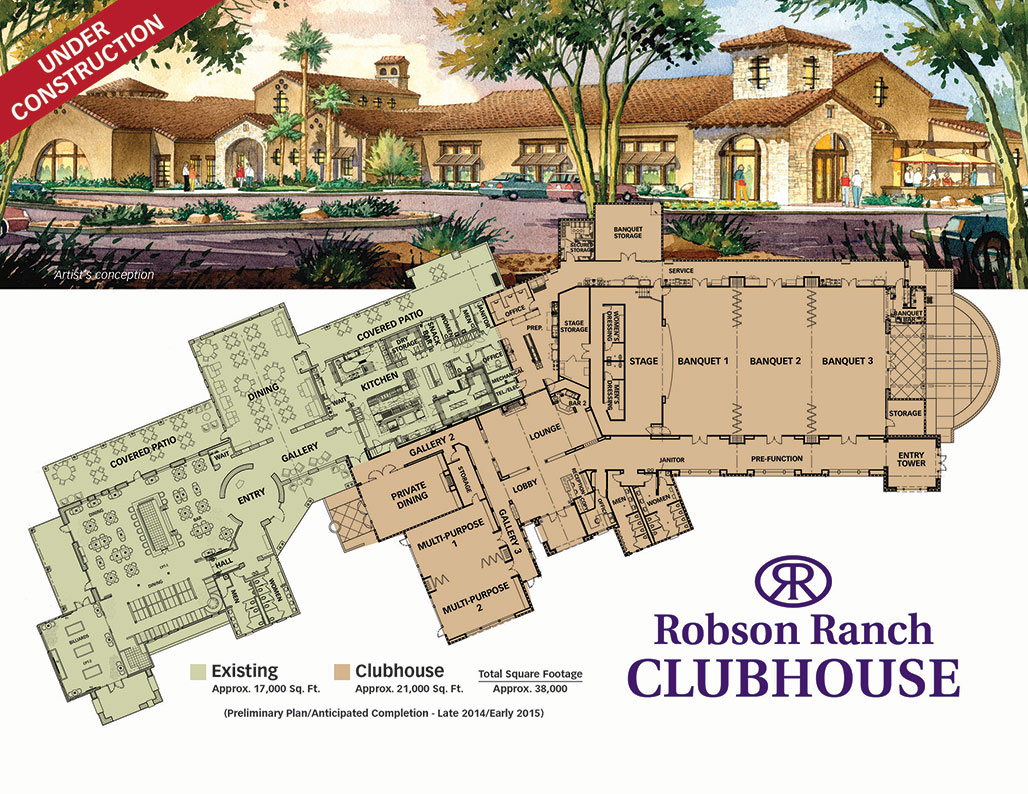 The new, luxurious clubhouse, comprised of approximately 21,000 square feet, is nearing completion. Construction crews have been busy with the recent install of the acoustical grid ceiling, theater sound system, appliances in the catering kitchen and more.

Events for the new clubhouse have already been planned and had a surprisingly overwhelming response to ticket sales for the National Performing Artist Series which includes the following performances:

Sunday, March 8, 2015 Todd Oliver & Friends: A unique ventriloquist with two talking dogs who have appeared on David Letterman, Jay Leno, Craig Ferguson, The Today Show, Walker Texas Ranger and who were semi-finalists on America’s Got Talent in 2012

Sunday, March 22, 2015 Assisted Living The Musical: A laugh filled original play for anyone who is growing older or thinking of doing so someday

Only season ticket packages were available last month for this Concert Series and we totally sold out. Because of the demand, we will be adding some additional seating in Silver. These seats will be sold for individual shows only, no season packages. They will be available for purchase the beginning of December. Purchasing information will be posted in the December Views, email blasts and HOA Notes prior to selling, so please hold your questions until then. We are looking forward to some amazing theater productions in 2015!