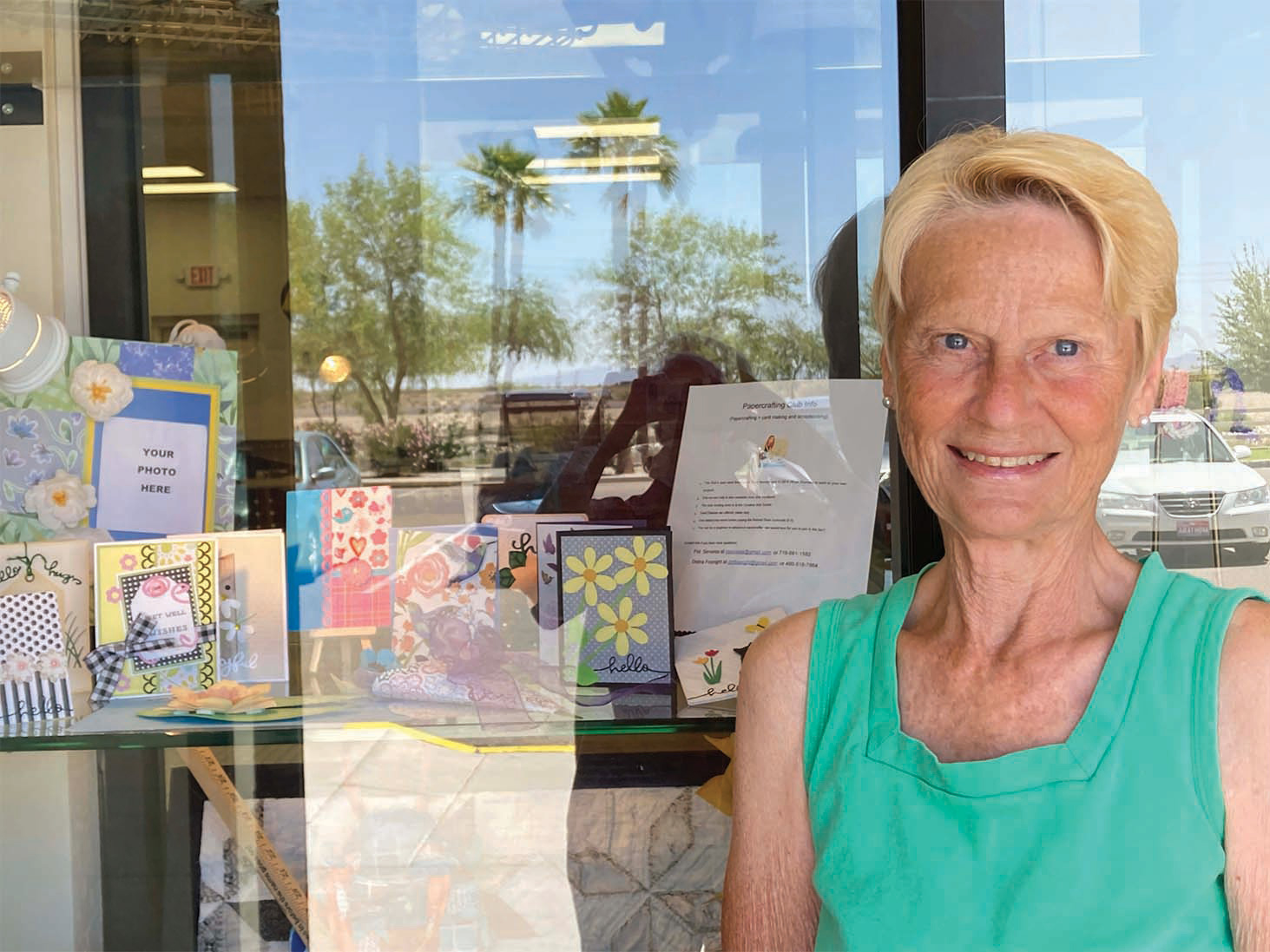 Debra Fosnight moved to Robson Ranch in August 2016, but she didn’t join any clubs for the first three years she lived here. In December 2019, Lorraine Walden invited her to join the Robson Paper Crafting Club. Even though she had many years of experience in needle crafting and scrapbooking, Debra was initially hesitant to try crafting cards by hand. She had long ago switched to composing her scrapbooks on Shutterfly.com and hadn’t done any paper crafting in years. Also, she said, “I thought I’m not creative. I have a more logical brain—my tendencies bend toward math, not art.” Regardless, she decided it would be a good opportunity to meet and socialize with other women, so Debra signed on for one of Pam Costner’s card making classes. Pam brings a kit that makes several copies of four or five different card versions using the same papers, stamps, and embellishments.

She enjoyed it so much that she paid her dues and began attending regularly. Debra really appreciates the seasoned paper crafters who have so much expertise and love sharing their knowledge and helping others. She also likes the fact that the club has so much equipment and supplies to be shared that it doesn’t require an individual to make a large financial investment, unless they want to do a lot of their work at home.

She truly enjoys making cards for the various charitable projects we take on. “I don’t know that many people to give cards to, so charity work gives me more opportunity and reason to keep making cards.”

Debra’s enthusiasm also got her elected to the board of directors for the club just one year after joining! Her social sense makes her so happy when she sees us adding new members.

Debra also admits, “I can see improvement. I like to peruse photos on Pinterest for ideas and think about how I can adapt them.” I pointed out that it’s her inner creativity that moves her to do that. She also admitted, “I love to color and use embellishments.” Another creative streak!

Even though she insists that making the cards is secondary and the camaraderie is her main reason for being in the club, she did find herself making cards at home when we were closed down during the pandemic! She is so happy to be back, though masked and socially distanced, with the other club members, creating together.