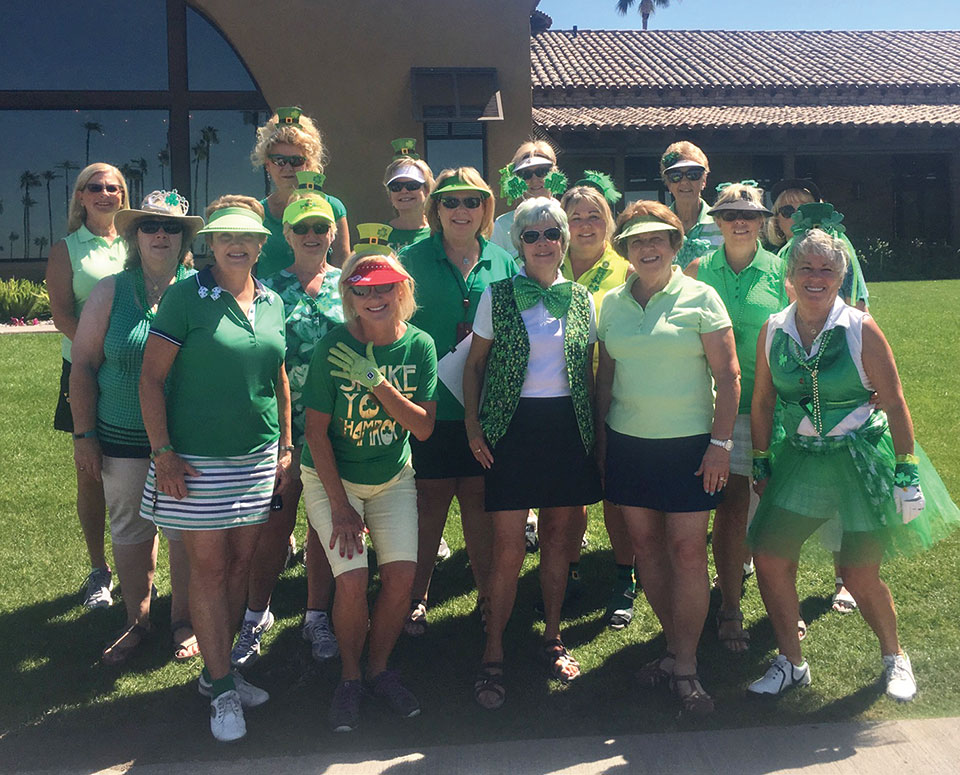 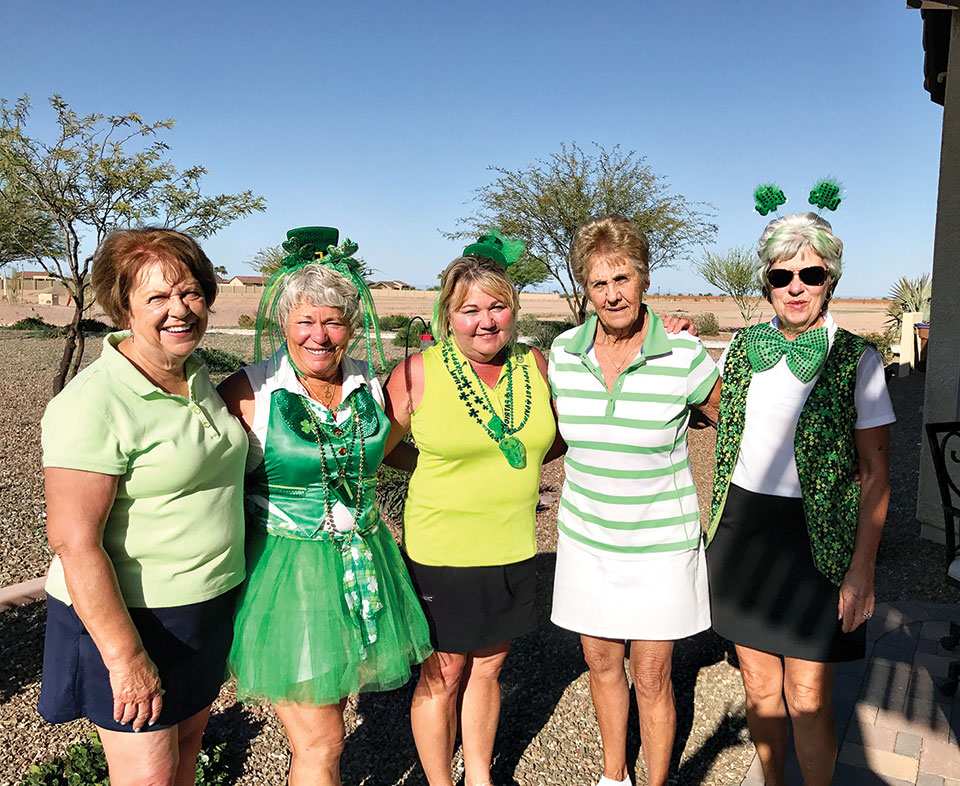 Robson Ranch Arizona very often is described as a 55+ active adult community with resort living. I found all of this to be true. More important I believe it is a magical place. What makes it magical? It’s magical because of the people who live and work in this community. It also helps to be surrounded by the beauty of the desert and our agricultural fields.

Each time I play with the 9-hole for fun women’s group, Lady Lynx, I leave happy even if I played really, really bad. What makes this possible? The members of Lady Lynx have “attitude!” Everyone enjoys playing golf and laughing at their own mistakes. If someone has a great hole we congratulate them. If it’s not so good someone helps you smile anyway. It’s a tradition for many of us to meet after playing in the Tack Room for some refreshment. We’re usually the group who is laughing hysterically over a joke or story someone has told. Besides our members who have played with our group for many years, we love having someone new join us. It warms my heart to have a newcomer talk about how scared she was to play with us for the first time but leaves feeling like she has a new group of friends. Lady Lynx welcomes any woman who has the desire to play 9 holes of golf.

In March Lady Lynx again combined golf with fun with our St Paddy’s golf scramble. Connie Drew and Carol Hardy were our hostesses. They also had some special assistance from their husbands with unusual refreshments at the fifth hole. The scramble included teams of four with playing best ball at each shot. The highest score was used for the team. Each player was allowed two mulligans (second chance). At hole number five was the Lucky Pot of Gold. When the team reached the green, each player rolled the dice provided. Roll a four and you pick up the ball and count one putt. Roll a second four and you have zero putts. Roll no fours (like my team, and you have to putt out the hole. Prizes won were Cynthia Dunlap for longest drive on hole no.9 (250 yards); closest to the pin first shot at hole no. 6 Sherrill Simmons (13’11”). There were also team prizes for best scores. First prize Mary Lizotte, Team Captain, Jill Riker, Ann Gallagher and Donna Shepherd; second prize Mary Jo Albrecht, Team Captain, Gail Lemmers, Marsha Goldstein and Barbara Wilson; third prize Marilyn Marty, Team Captain, June Moore, Sherrill Simmons and Darlene Powell. Cutest Outfit went to Allie Devalk who believed Mary Lizotte’s outfit was cuter. Therefore we had a tie for Cutest Outfit.

After the scramble we met at Connie Drew’s house for the after-golf party. Connie and Carol had it nicely decorated in a St. Paddy’s theme. We enjoyed salad, pizza and wonderful dessert. Karen Furu, President, held a short business meeting. New officers for 2017-18 were elected. Our new officers are Mary Lizotte, President; Marilyn Marty, Vice President; Shelby Davis, Secretary; Barbara Wilson and Allie Devalk, Scramble Coordinators and Connie Cress weekly team coordinator. Thank you to our new officers for being willing to serve. There was also a report from the team who attended the scramble at Dove Mountain. Mary Beth Fisher encouraged members to develop a handicap and attend scrambles at other courses. Other business was a reminder that tee times will change in May and June due to higher temperatures. Members will receive an email regarding this change. The meeting adjourned and the party started.

Whether you own or rent a home in Robson Ranch, any woman is invited to join our just-for-fun group. Through April we play on Thursday afternoon with first tee time being 1:30 p.m. As mentioned previously we play 9 holes of golf. It is not necessary to have a handicap to play. If interested please sign up in the notebook found in the Pro Shop marked Just for Fun. If you are a new member we ask that you fill out the membership form. Email is used to let you know any special events for our group and which team you will play with that week. We hope to see you on the course!