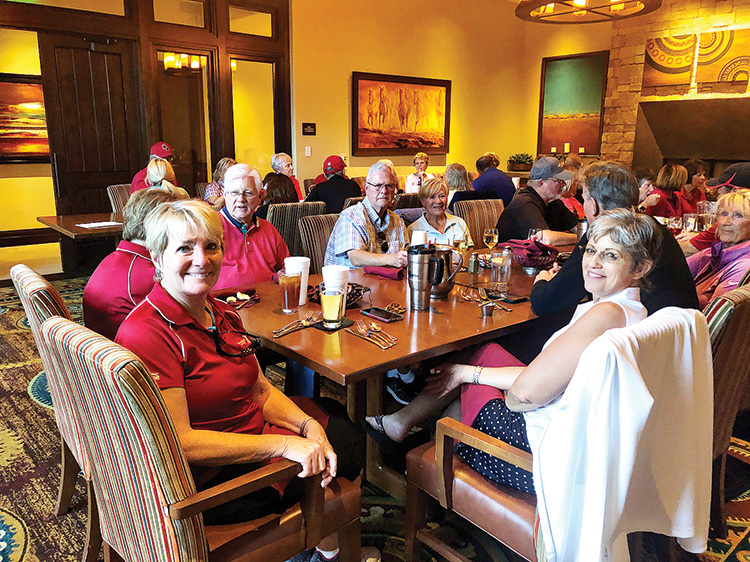 The Valentine’s Couple’s Scramble after party. 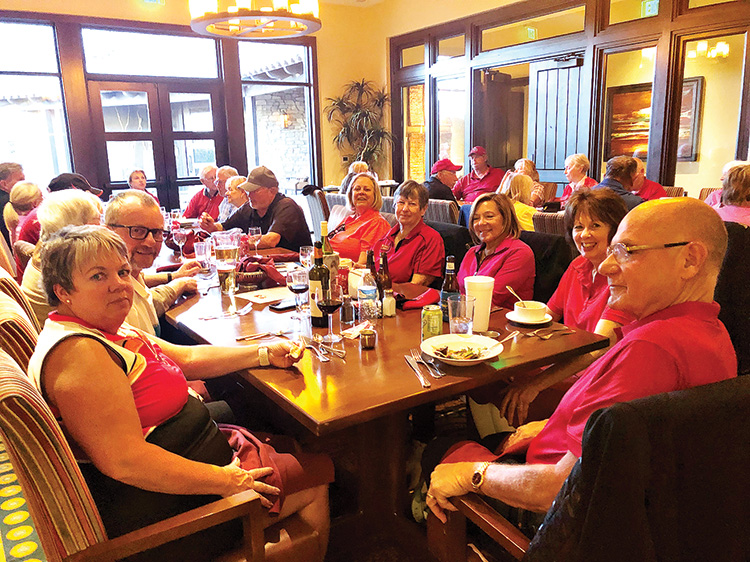 Forty-four players gathered in the Robson Ranch Grill’s Fireside Room after the Valentine’s Couple’s Scramble, for the prize awards and to enjoy beverages and food along with each other’s company. 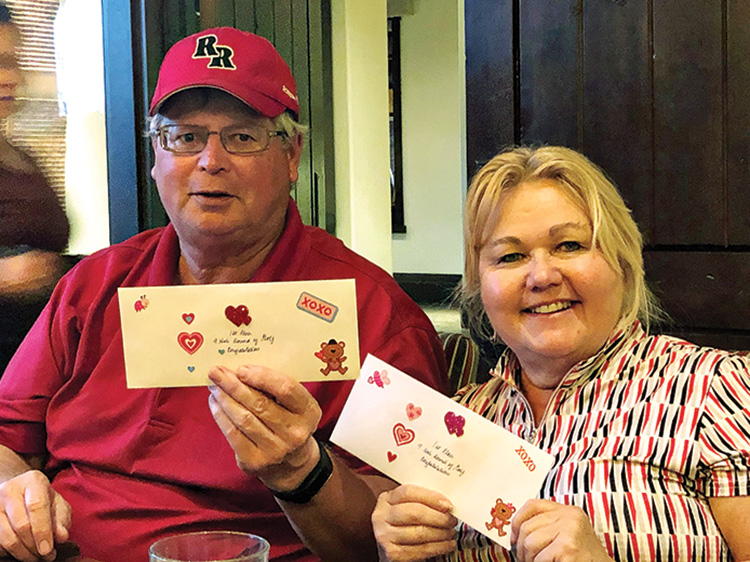 Barb and Bob Wilson, two of the first place winners, who each won a 9-hole round of golf from the Robson Ranch Pro Shop. The other two winners, not shown, were Susan Marian and Cath Lewis.

Members could partner with their spouse/significant other, a fellow Lady Lynx member, or just a friend, which gave everyone lots of possibilities.

There were no entry fees, just regular green fees and cash prizes were awarded. Forty-four players attended the scramble.

After players completed their round of golf, they met at the Robson Ranch Grill’s Fireside Room for the prize award ceremony, where they ordered meals, beverages, and alcohol of their choice, from the special Fireside menu created just for this event.

2020 Valentine’s Couple’s Scramble winners (and prizes) are as follows:

Last Place: Ann and Gary Horn, Jill and Dave Riker – Milk Duds and a driving range token for a bucket of balls