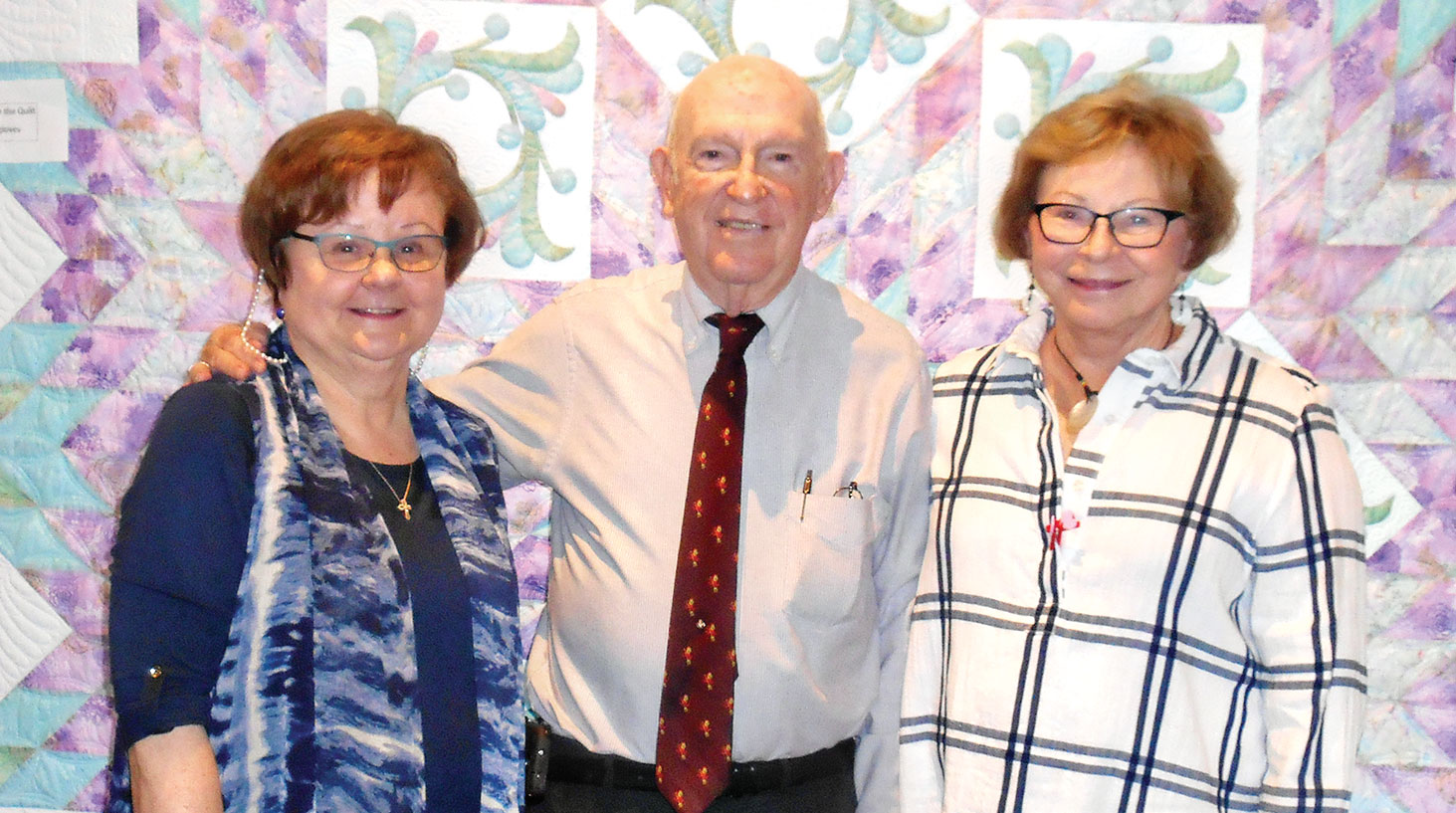 Mr. Kerr told attendees about his early childhood moving from Tucson to Casa Grande, delivering newspapers from the age of six until he was 12. Once reaching the age of 12 years old, he began selling tickets at the local movie theater.

Mr. Kerr attended Arizona State University where he met and pursued his wife, Donna, who was in nursing school. While he was attending the University, he worked in his father’s dry-cleaning business in the summer. He graduated from ASU in 1958 and after some time in the service, he eventually ran the dry-cleaning business. He ran this business for 37 years. Donna currently runs the Little Barrel Antiques in Casa Grande.

Besides running the dry-cleaning business, Mr. Kerr held various governmental positions beginning in 1963 when he ran for city council. It was during his time as councilman that he met Mr. Ed Robson down at SaddleBrooke and Mr. Robson eventually developed Robson Ranch Arizona. Mr. Kerr also served on the Board of Supervisors. In later years, he also served as the mayor of Casa Grande and once again served on the Board of Supervisors. He retired in 2004.

As for naming County Road 84 the Jimmie Kerr Boulevard, that was a complete surprise for Mr. Kerr. He only found out about the honor of the road being named after him the Friday before the board meeting.

Mr. Kerr’s story was very interesting and we really appreciate him coming to our luncheon and sharing his story with us.

April’s luncheon will be held on Monday, April 9 at 11:15 a.m. in the Ranch House dining room. Our scheduled speaker for the April luncheon will be Lois Moncel, Director of Fitness and Wellness here at Robson Ranch Arizona. Our food selection for that luncheon will be either a chicken Caesar wrap or an avocado chicken wrap. All women from Robson Ranch are invited to join our meeting. To make your reservation, email Geri Nagy at [email protected], but if that is not possible phone her at 836-6249.