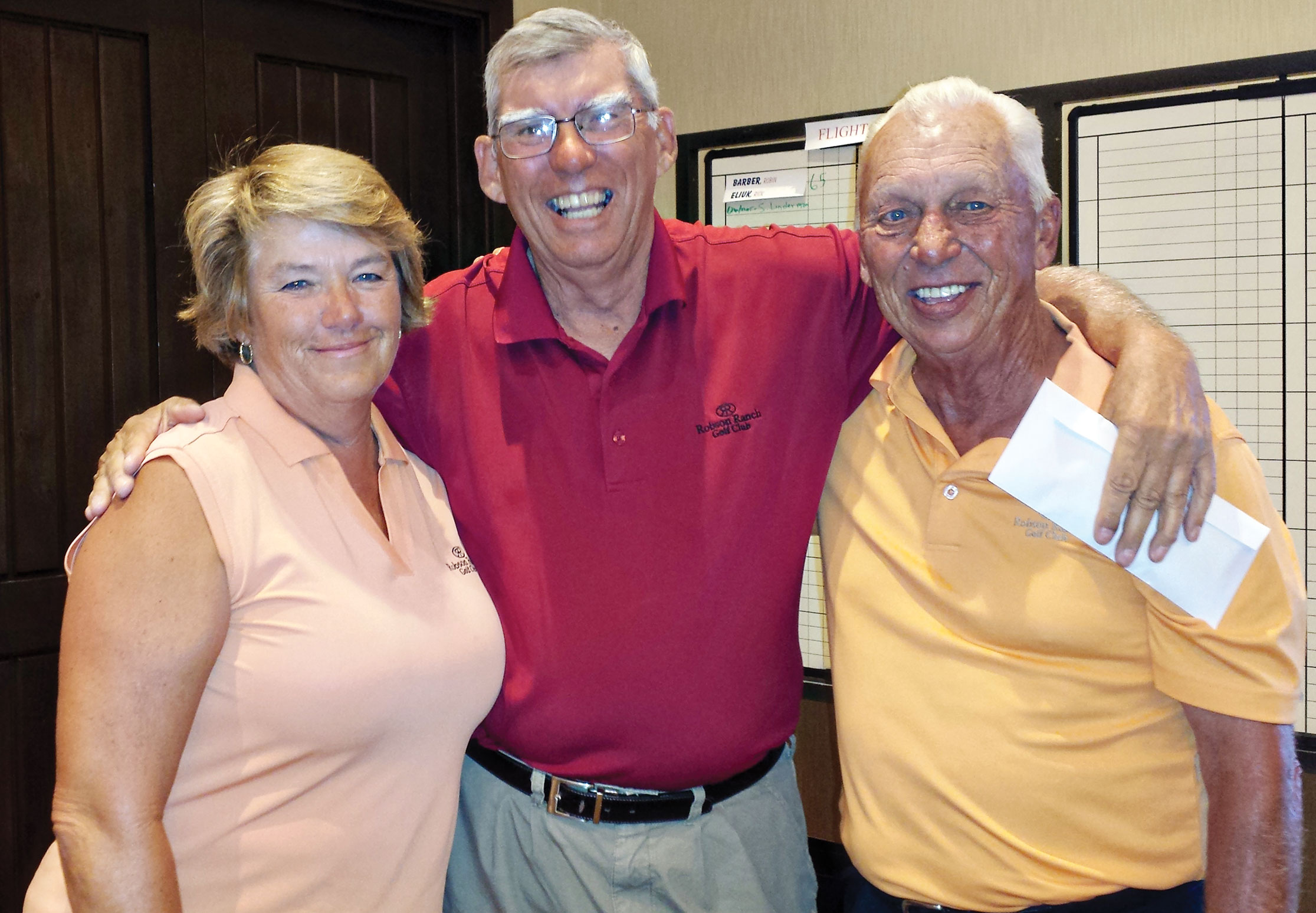 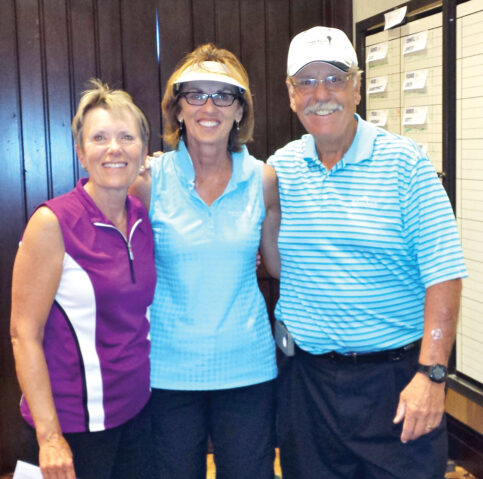 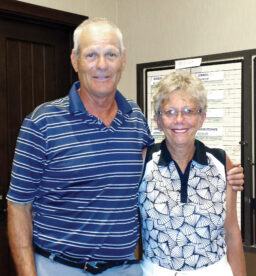 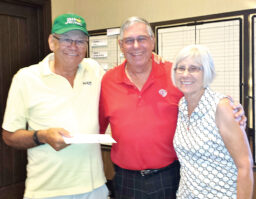 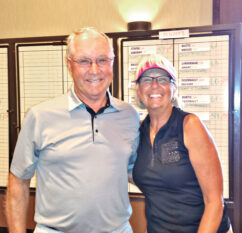 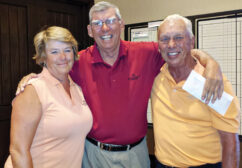 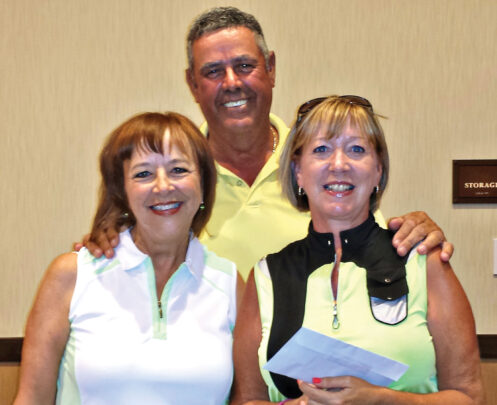 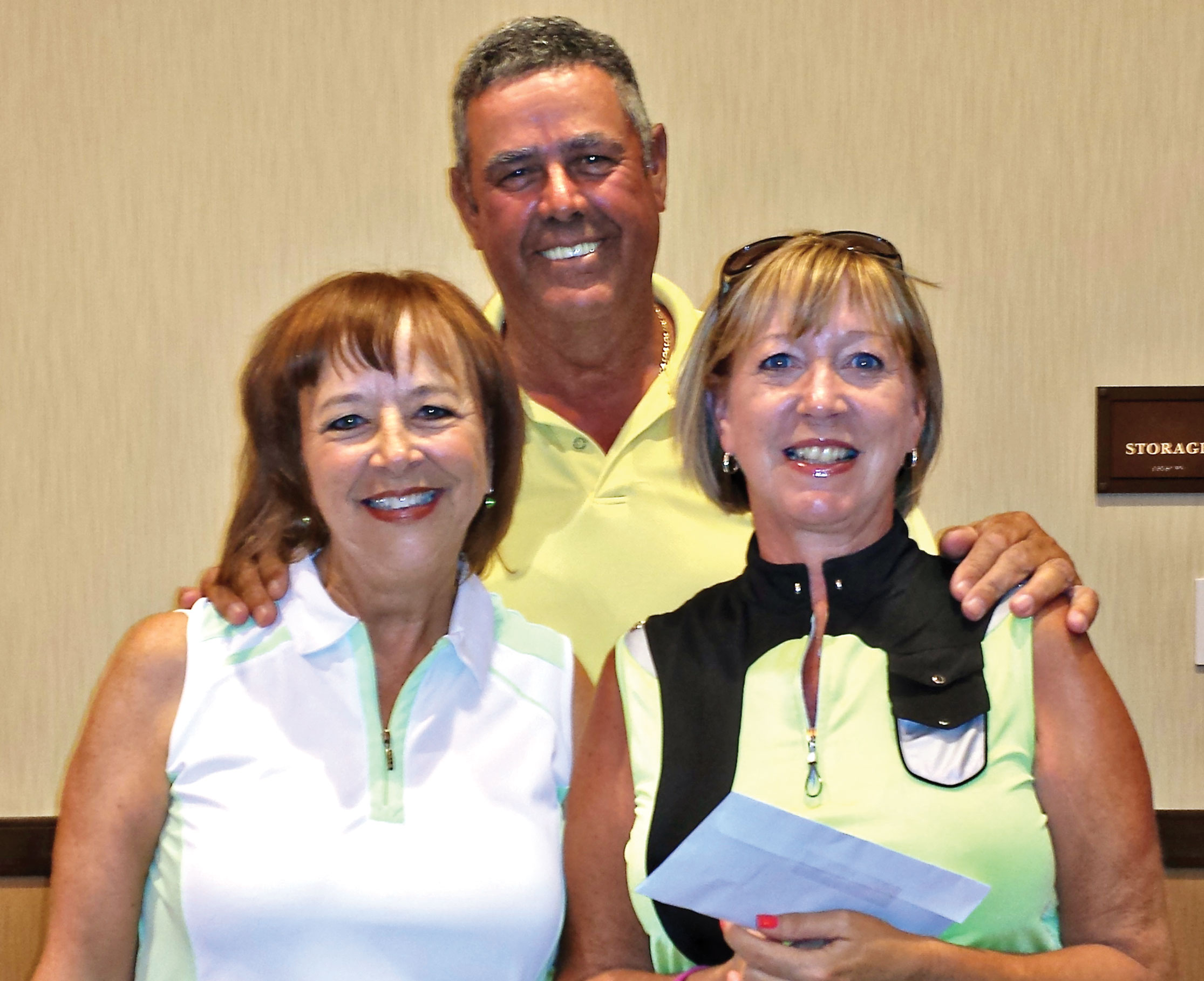 There was a two-day golf event that took place on Friday, April 10, sponsored by the Robson Ranch Men’s Golf Association and Robson Ranch Ladies’ Golf Association. The kick-off included a horserace involving 20 teams with one guy and one gal on a team. The format for the race was alternate shot for the blind-draw partners. It was a beautiful spring afternoon with four teams surviving elimination to the fifth and final hole on the Buttes course. After over two hours of friendly competition, including shouts, whistles and other loud noises, the race ended in a three-way tie. The winners were determined by a chip-off.

The Friday night Horserace: The win team was Cindy Jensen and John Fischer; the place team was Candy Burtis and Jim Barber and the show team was Judy Brozek and Lyle Watts.

All teams then met in the Fireside Room following the horserace for dinner, cocktails and a Calcutta auction. Players, friends and spouses bid on their favorite teams, and the winning bid became the owner of the team. Thank you to Benjamin Castro and Sara Cecil for the organization of the evening meal and wonderful staff and service they provided.

On Saturday afternoon, April 11, the 20 teams played a two-person, one best ball net score format. The teams were divided into two flights based on combined handicaps.

The Saturday golf tournament winners were as follows:

After the tournament everyone gathered in the Hermosa Room for pizza, drinks and the awards ceremony. Thank you to Jay Wilson and Jim Moore for the extra prizes from the Pro Shop. Thank you to Heather Hardesty and her staff for taking care of us for the evening. And a huge thank you to all the participants and helpers that made the tournament a fun, two-day event!

Watch for the second annual Guys and Gals tournament coming in February 2016. Participants must be a member of the RRLGA or the RRMGA.