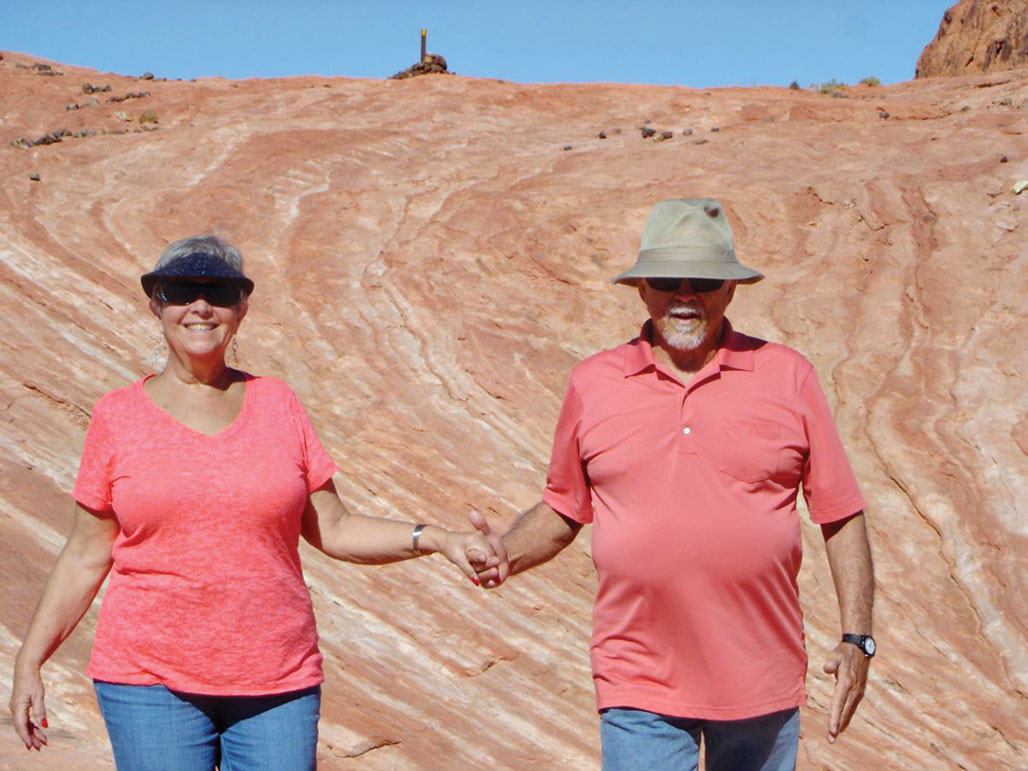 Don and Jaine Toth walking on the path to the fire wave at Valley of Fire State Park. 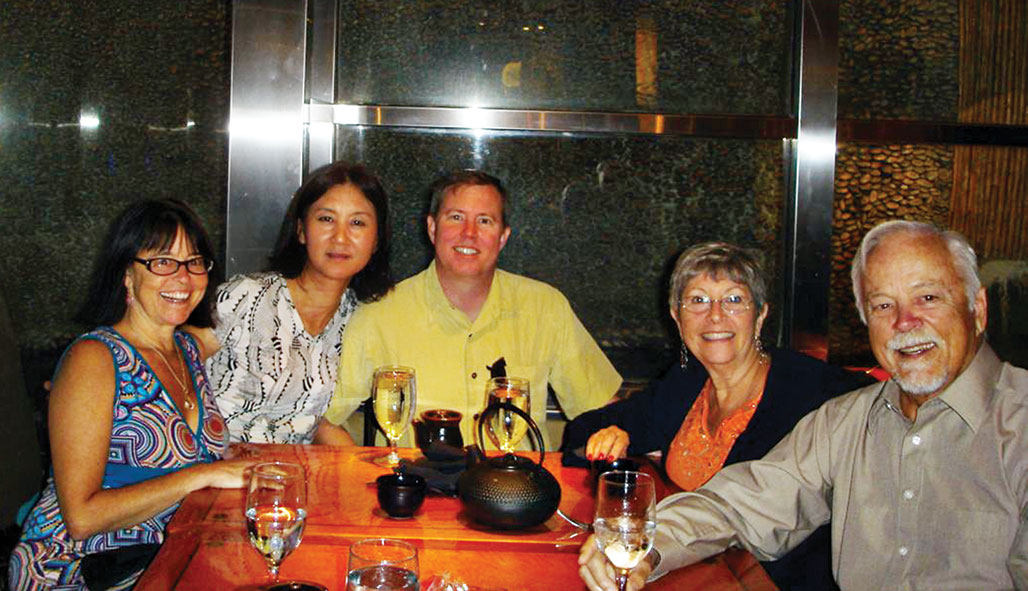 Our family at a celebratory dinner.

Our daughter-in-law, Kimie Fujii, announced to our son that she wanted to take Don and me on a vacation for our 50th anniversary. The two of them planned a three-night trip to Las Vegas, and our daughter, Carla Marie, joined us as well. It was the first time that all five of us had been together without it being part of a large family gathering. We didn’t have to split our attention with other relatives. It was such a joy to share that time together.

They took us to Valley of Fire State Park, about an hour north of Las Vegas. We hiked through thick, soft sand; it seemed like walking on a beach without an ocean. There were some rocky climbs, too. The pinks and reds that dominated the hills also had swaths of white and brown as well as black areas referred to as “desert varnish.” These dark splotches are where we saw many petroglyphs carved into the rock. Our favorite part of the park was the walk to the “fire wave.” The walk there is on swirls of pink and white. When one reaches the end of the trail, there’s a large mound of the same swirls. It was easy to understand why it was named fire wave.

While there we took in two shows. Zarkana, one of the newer Cirque du Soleil presentations, included jaw-dropping juggling and acrobatics with fantastical sets. And it wouldn’t be a Cirque, or circus, without clowns. They kept us laughing, which helped force us to stop holding our breath! We also saw David Copperfield wield his magic. Much of the show included audience participation, and he himself came into the audience several times with some of the magical moments taking place amongst us rather than having it only onstage.

We explored several of the beautiful hotels along the Las Vegas Strip, enjoyed some delicious meals and came home with very special memories. The best part, of course, was sharing all of this as a family.