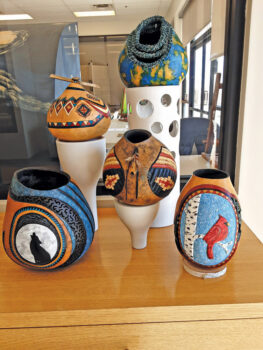 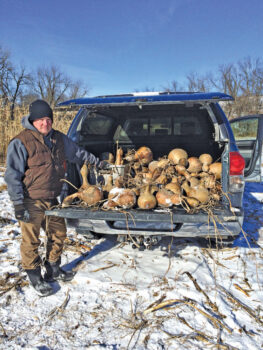 in Iowa and Alaska. Both educators, Becky taught grammar school and Richard was a principal. Their love of teaching and the outdoors helped draw them to Alaska. So, with two young sons in tow, they moved to Wainwright, a 100% rural city located in the North Slope Borough on the Chukchi Sea. Becky and Richard taught school that served students pre-K to grade 12. Ninety percent of residents are Inupiat people. The Montgomerys were there for only one year before leaving for Petersburg, Alaska.

During the summer, Petersburg became a bustling resort area. Hailing as a premier fishing village the Montgomerys opened a fishing lodge and tour business. Their fishing lodge was somewhat like a bed-and-breakfast, only Becky prepared all three-square meals for the lodgers. She was up at 3 a.m. preparing biscuits, ham, and eggs for the fisherman heading out to the pristine waters on Richard’s charter boat. The charter went out daily for the excitement of reeling in a 20-pound Chinook, Alaskan King salmon. Their boys, now grown, assisted with the business. After 20 years, Becky and Richard were ready to retire back to their hometown in Iowa.

At a craft fair in Iowa, Becky came upon a gourd display. She scrutinized the outside, inside, and carvings of this strange piece of art. Intrigued, she began reading everything she could find about gourds. Finally, it was time and she was ready to put her hands around her very own gourd. After receiving her first gourd and cleaning it inside and out,it was ready to become her first masterpiece. Richard noticed a pile of seeds pushed to one side of Becky’s worktable. He thought, “What if they were planted?” He grabbed a handful of seeds and planted them in a nearby field. They were shocked and amazed the seeds grew into a harvest of more than 100 gourds.

Now that she had all these gourds right under her feet, Becky needed to expand her knowledge in carving and pyrography/burning. After doing some research, she read about the Wuertz’s annual gourd festival right here in Casa Grande. She learned that the festival conducted classes and she immediately signed up. With airline tickets in hand, Becky and Richard landed in Phoenix. Little did they know this trip would be leading them to their future home.

Becky’s work is indescribable. Her creations will be on display at the Robson Ranch art fair on March 12 in the Hermosa room.