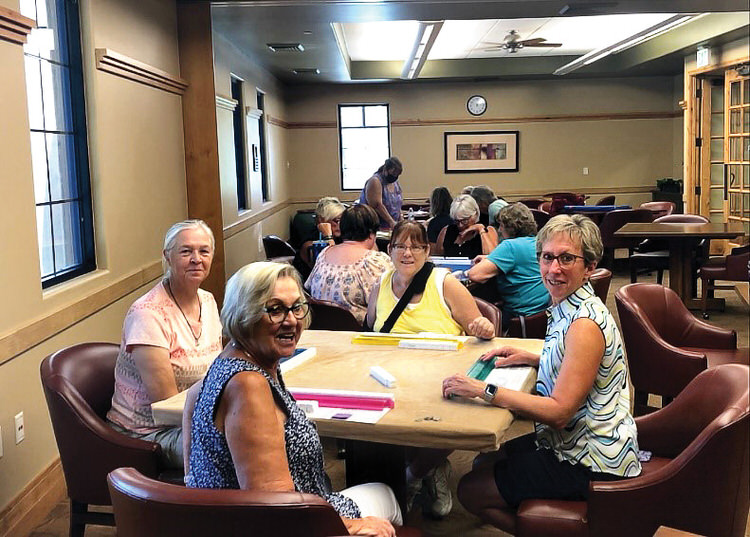 Historians believe that the game of Mah Jongg began in the countryside of Asia around 1300 B.C. It gained popularity in China in the 1870s when it hit the big cities of Hong Kong and Shanghai. The expatriate Europeans and Americans living in these cities became familiar with it and liked the camaraderie it created amongst them. At this time, Joseph P. Babock took up the game and decided to create a set of tiles he could export to Europe and the U.S. using Arabic numerals and western letters. In the 1930s, Mah Jongg became popular in the United States. In 1950, a group of Jewish women in Manhattan discovered, even within the borough, that there were many different ways to play the same game. They decided to create a league from various locations throughout the country that would create a standard set of rules for everyone who played. This group became the National Mah Jongg League and still exists today with more than 3 million people worldwide.

Join us! Come join the Robson Ranch Mah Jongg players and continue to expand the history and camaraderie of Mah Jongg. Meet new friends, help create a new community, laugh, talk, and win. We play on Sundays and Mondays from 12:30 to 3 p.m. and on Wednesday nights from 6:30 to 9 p.m. at the Sports Club. If you do not know how to play, we will teach you. For more information, call Mary Beth Fisher at 520-371-0853