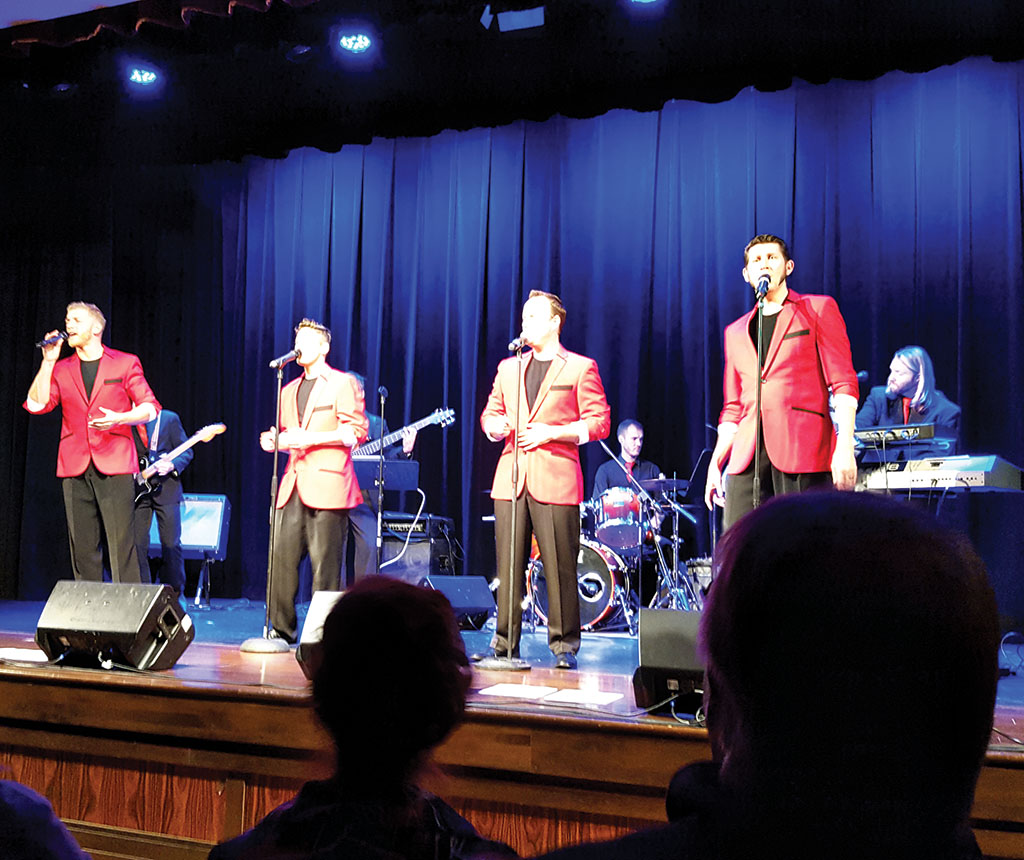 As expected, the fabulous foursome known as December ’63 delivered another energy packed evening to the delight of Robson Ranch residents. The Hermosa Ballroom was filled to near capacity at 7:00 p.m. on Friday, December 4. The quartet had visited the Ranch back in March of this year, and the response by homeowners for a return visit was overwhelming.

Along with the well-known Four Seasons favorites like Dawn, Who Loves You, Rag Doll Working My Way Back, Sherry, Walk Like A Man and Big Girls, the group also performed a rendition of the main them from the hit musical, Grease as well as a solo rendition of Cole Porter’s Under My Skin.

December ’63 has proven that they are every bit as talented vocally as those who have been cast members of the long running Broadway hit musical Jersey Boys. Their performances allow audiences to enjoy again and again the magic of Frankie Valle and The Four Seasons.

Shall we have them back again? Thus far it has been a resounding yes!