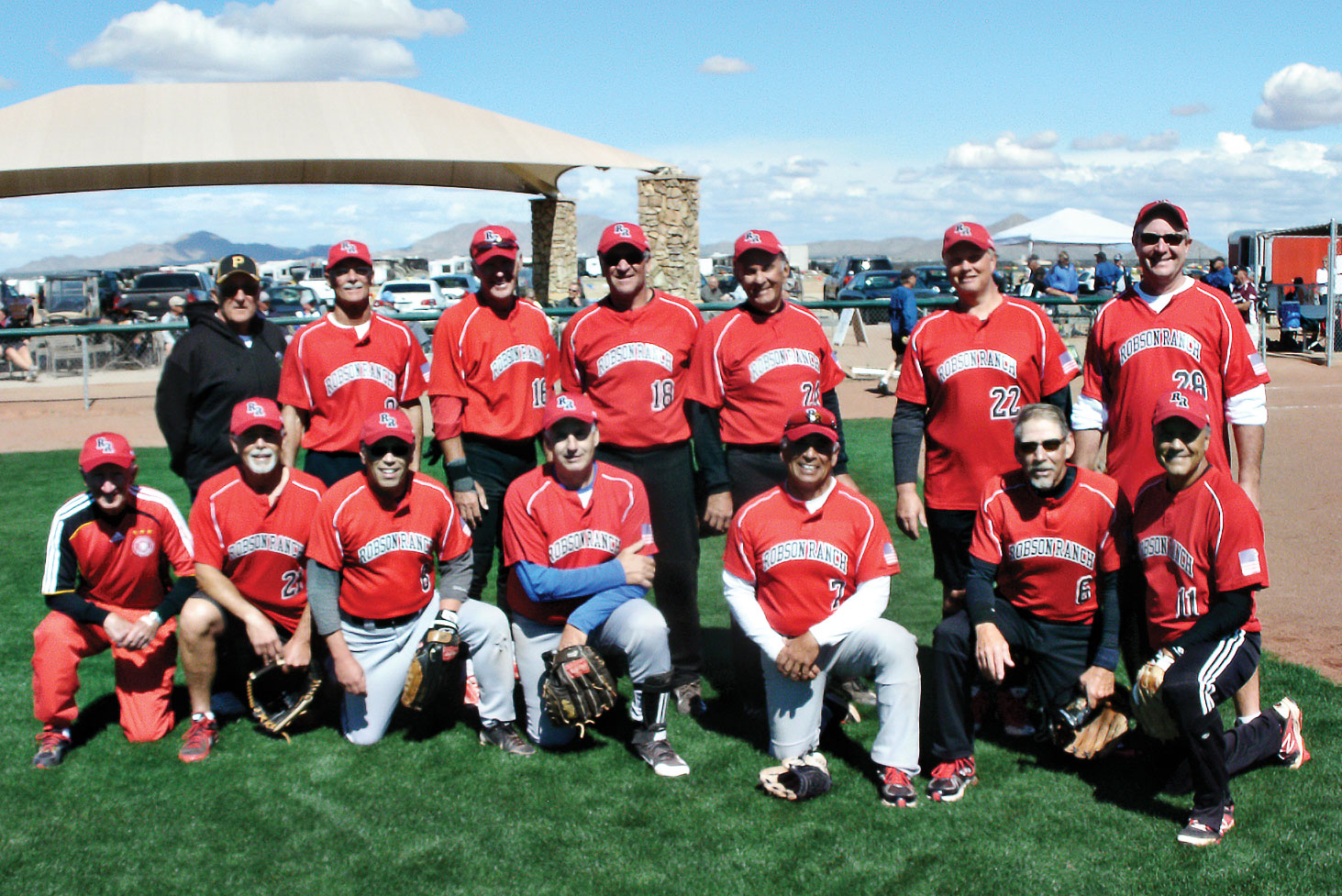 Both the Robson Raptors, coached by Ken Muhlbeier, and the Robson Rangers, coached by Paul Lewinski, participated in the Palm Creek Softball League. The Raptors competed in a tough division and ended their season in the middle of the pack—third place. In the league tournament the guys hit well and took the second place prize! Congratulations to the Raptors for a great season. The Rangers dominated the league, ending their season with an 18-0 record earning them the top spot—first place. The perfect record continued in the league tournament. They not only won the tournament but also they were again perfect! Under Coach Paul this team fielded the ball well and scored key runs all season. Congratulations to the Rangers for a perfect season!

The Robson Ranch Softball Club held its annual end-of-the-season awards banquet on February 27, 2015 at the home of Everett and Jean Goin. The guys celebrated the February 20-21 tournament win by B Division Raptors and undefeated league championship by the C Division Rangers. A special thank you goes out to the chefs, Keith Uhlenbrauck, Grant Simmons and Bernnie Leland, who cooked up hamburgers, moose burgers, brats and French fries.

President Tom Harris was the emcee for the evening. Awards were handed out to MVP player Everett Goin and to the scorekeepers Bill Stanick and Artie Wachter by Coach Paul. The highlight of the banquet, however, was the comedic presentations of Gregory Schneider and Grant Simmons who awarded certificates to each of the Rangers players. Each player received his special award among lots of laughter!

At the annual general membership meeting the Softball Club elected next year’s officers. The incoming officers are President Keith Uhlenbrauck; Vice President Bernnie Leland; Secretary Phil Savage; and Treasurer Tony Haffer. Be sure to check out the bulletin board located at the softball complex for all information regarding The Softball Club activities.