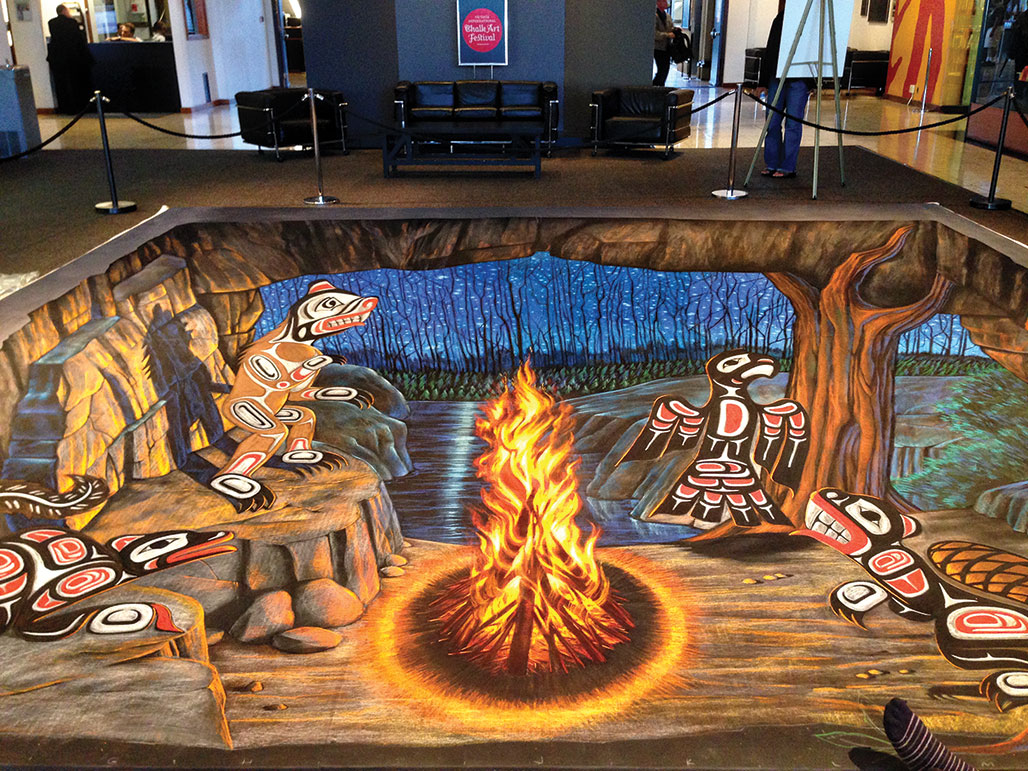 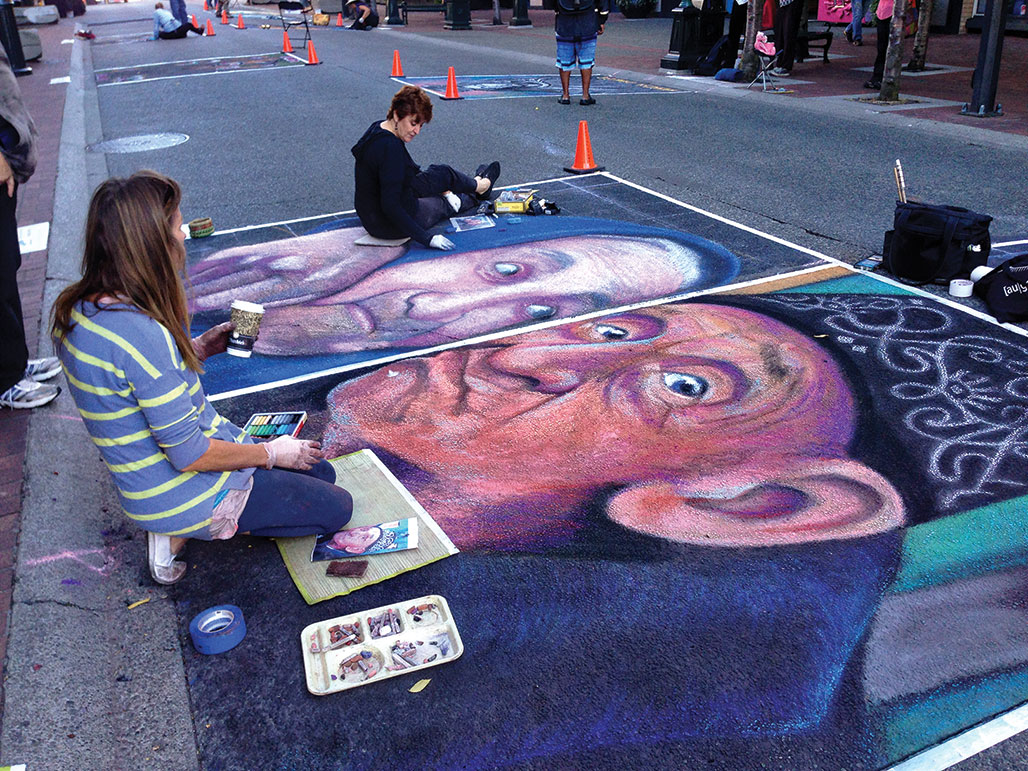 Those were the words on Government Street in Victoria, British Columbia, on the weekend of September 13 and 14 as the Victoria International Chalk Art Festival commenced.

We just happened to be going on a coastal cruise with a stop in Victoria on September 14. Just starting into the world of art after retirement, I was ecstatic to see this festival. Street Painting (chalk pastels) dates back to 1600s in Italy. Historically these artists were called I Madonnari in Italy, because they recreated images of the Madonna. Many had been brought into the cities to work on the huge cathedrals. When the work was done, they needed to find another way to make a living and would often recreate the paintings from the church onto the pavement, put their hats out, and make money. World War II depleted their numbers until 1972 when it was promoted again in Italy. It is now a world renowned art form.

While most of the chalk artwork was done on Government Street, two chalk artists, Tracy Lee Stum and Jamin Zuroski, created the featured artwork, Nature’s Spirits, a 20 ft x 20 ft 3D chalk drawing, over five days in the Royal BC Museum’s Clifford Carl Hall. Tracy Lee Stum, an internationally recognized street painter from Los Angeles, was assisted in the work by Jamin Zuroski, a local tribal member of the Namgis Nation.

On the street, however, I was able to get up close and personal with the artists. Since my youngest daughter is a Professor of Graphic Arts, I was intrigued when I found two of my favorite artists were graphic artists. Lori Escalera was a graphic artist with her own business when asked in 1994 by a friend to go to Whistler to do a chalk drawing and has been doing it ever since. Another graphic artist, Jeanie Burns, along with Cynthia Kostylo who is a part-time nanny and art teacher, teamed up to create the drawing of the old couple when Cynthia asked Jeanie if she would like to do the woman while she drew the man. These two women have totally different styles, but the final outcome was outstanding. Note how Jeanie’s woman is in pastels while Cynthia’s man is in vibrant colors. Cynthia will be at the Tempe Festival of the Arts December 5-7, 2014.

Jeanie is frequently asked, “Isn’t it hard to leave your work here on the pavement after you’ve worked so long on it?” And her simplest answer is “No. Street painting is essentially a performance-based art form, similar to music or theatre. Its impermanence is part of its appeal for me. I take photographs to record the image, but once it’s done, I move on and look forward to the next one.”

I think being able to watch the artist work, ask questions and walk around their painting is the most amazing thing about street painting. However, being a beginning artist, I would be heartbroken if I would do a great street painting and then someone would run over it with their car in a few days.