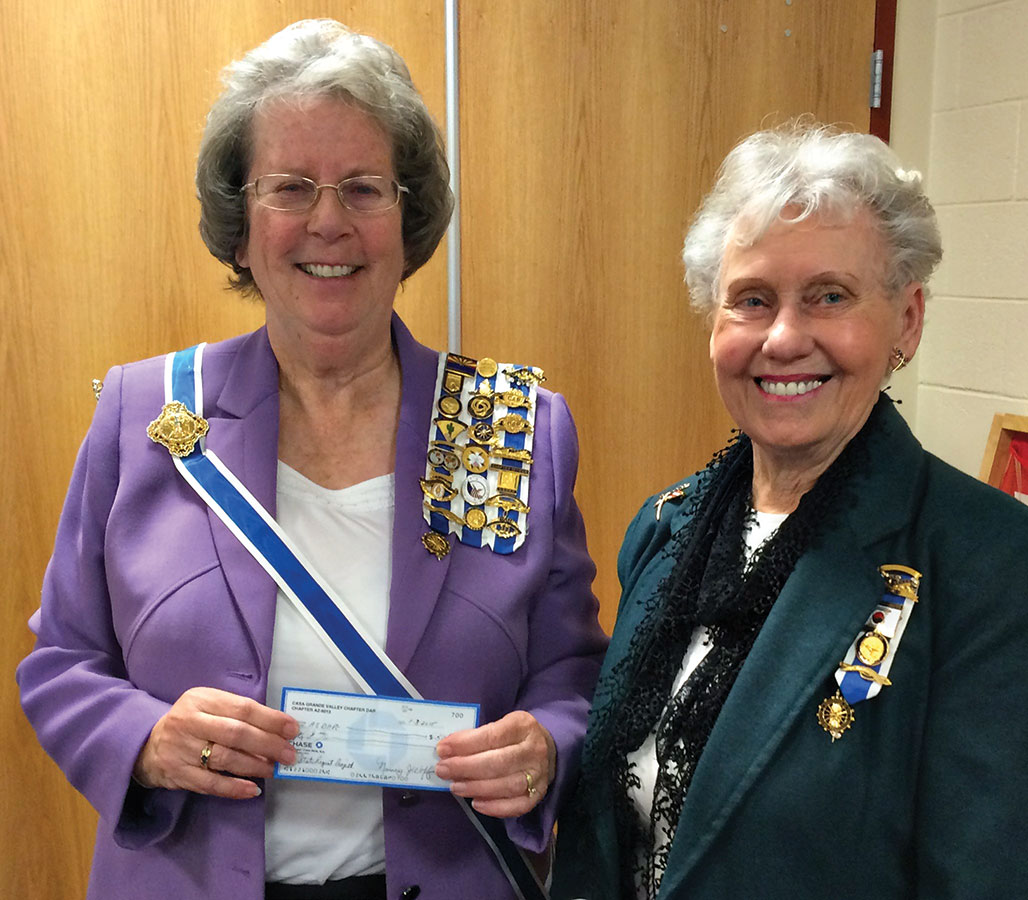 In January, Casa Grande Valley Daughters of the American Revolution (DAR) hosted the official visit of Arizona State Regent Gillian Morse of Sun Lakes and made a donation to the State Regent’s Project. The Morse administration’s motto is “Celebrate Arizona by living in the moment!” Morse serves a two-year term during which time her administration will raise funds to support several scholarships for Arizona’s graduating senior women planning to attend Arizona universities, colleges and community colleges.

Casa Grande Valley DAR was founded in 1980 and today numbers both permanent residents and winter visitors. Under the leadership of Regent Gail Piggott, Casa Grande Daughters are well-known locally for their commitment to “God, Home and Country,” which is the DAR motto. Their service to historical preservation has led to extensive Constitution Week activities within the community. Educational support includes elementary and high school American History Essay Contests as well as conservation efforts in the chapter’s Arbor Day tree planting event. Casa Grande Valley also backs Honor Flights Arizona, the organization that sends WWII Vets to Washington, D.C. to visit their War Memorial.

DAR is a national volunteer women’s organization with chapters worldwide. Members are 18 years old and have proven bloodline descent from a Patriot of the American Revolution. “Patriots” are those who served in the military or in civil government as well as those who provided financial and other support to the revolutionary cause. DAR objectives are preservation of history, support for education that strengthens our nation and patriotic endeavor.

Eligible women who want to serve their community and their nation in DAR are urged to call 520-868-5049 or go to casagrandevalley.arizonadar.org for membership information.