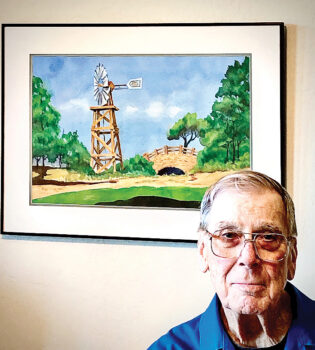 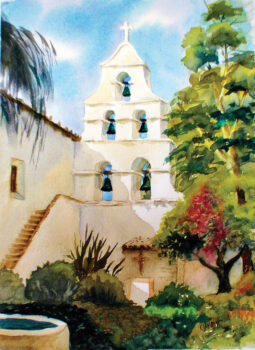 John Clampitt is a retired Sergeant Major of the Marine Corps and an artist. John spent 30 years in the Marines performing a vast array of duties. His experience encompasses one year in Vietnam as an infantry leader; two years in Guatemala, Central America, on embassy duty; drill instructor for five years in San Diego; three-year tour in Little Creek Virginia as Sergeant Major of the Marine Corps; and various infantry roles at Camp Pendleton.

In 1980, after 30 years, John retired from the Marines. He then embarked on a new career path. John attended San Diego State University, earning a Bachelor of Arts degree in painting and printmaking. He continued his art studies with Cal Fortbrook, a prominent artist and teacher, at the Athenaeum Music and Arts Museum in La Jolla, Calif. John worked in his home studio in Coronado, Calif., until he moved to Arizona. He continued expanding his art experience by attending workshops with Ken Goldman in San Diego; Don Andrews in Guatemala; Tony Hasselet in Maine and Vermont; Frank Webb in Rockland, Maine; and Stephen Quiller in California.

In 2019, John and his wife Susan moved from Coronado, Calif., to Arizona, due to the deteriorating political situation there. They specifically chose Robson Ranch because of the Creative Arts Center. In addition to his involvement in water media painting, he is involved in woodworking, stained glass, and ceramics. As John states, “I have it all right here.”