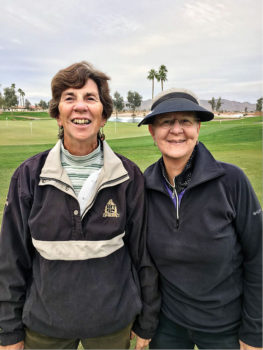 Jean DeChristopher and Bobbi Johnson were chosen through local State Medallion qualifiers held during league play in the 2018 season.

On Saturday, December 5 they played 18 holes at PebbleCreek’s Tuscany Falls Palms course and finished third in their flight. With more than 240 two-women teams from all over the state, Bobbi and Jean were awesome representatives for Robson Ranch Ladies League.