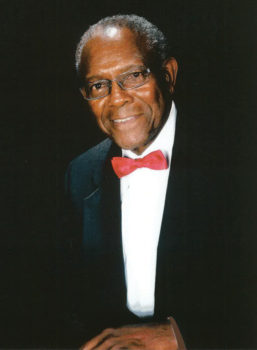 Vocalist Jesse Washington, a Sun Lakes resident, will present the second annual Pre-Thanksgiving Musicale on Sunday, Nov. 17, at 2 p.m. This event will feature special guest vocalists Silesia of the Phoenix area and Sharon Friendly of the Scottsdale area. The Musicale will include gospel, contemporary gospel, classical, show tunes, and patriotic songs for your entertainment pleasure.

Jesse has prior experience in community theatre, light opera, and was a two-year member of the San Francisco Opera Company. Most recently he has appeared as a regular participant in the Chandler Spice of Life Show, various events in Sun Lakes, SunBird, Trilogy, Maricopa, and other East and West Valley locations. He can be seen on YouTube – City of Life (Jesse Washington 2019).

Silesia is an inspiring gospel singer that began singing at the age of eight. She has performed with various artists including Lawrence Carroll; Motown drummer, Gaynel Hodge, co-writer of the hit song Earth Angel; and Dennis Rowland, Arizona local jazz singer. She has also performed for the area National Day of Prayer and the Women’s Connection Organization.

Sharon is a newcomer to this year’s event. She is a previous Mrs. Senior Arizona (2007 and 2017) winner. Her style is a bit of everything. She does country, sing-a-long, World War I and II music, the ’40s, Broadway, and even some classics and opera. Sharon makes everything special with her lovely gowns.

The Musicale will take place in Sun Lakes at the IronOaks Country Club Banquet Room. The Country Club is located at 24218 S. Oakwood Drive (Riggs Rd and EJ Robson Blvd).