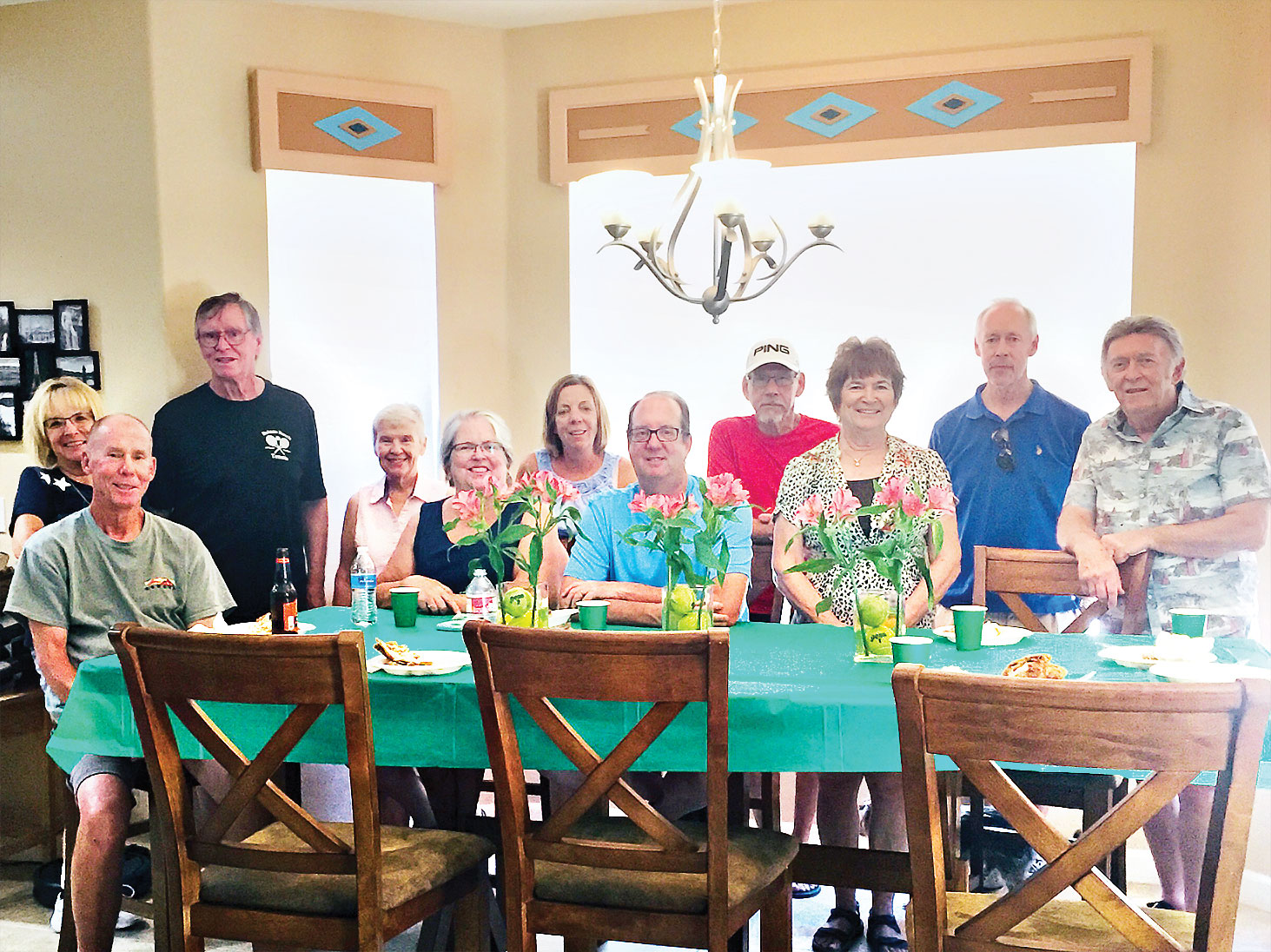 Saturday, September 8 was the nationally televised women’s doubles championship game for the U.S. Open, one of the Grand Slams of Tennis. To celebrate the tennis match held in New York City, players of the Tennis Club at Robson Ranch held a tennis social for all club members.

Beginning at 8:00 a.m., players arrived at the courts to play mixed doubles social tennis on courts one and two. Players on court three played three sets, rotating partners among themselves. Friendly social competition was the name of the game this morning.

At noon, everyone gathered at the home of Paul and Linda Gayer for a potluck and to view the women’s doubles championship game between Serena Williams and Naomi Osaka, who defeated Serena 6-2, 6-4. About half of us were team Serena; the other half, team Naomi. It was quite an exciting, and somewhat controversial match between the two women and kept everyone watching every point!

If you’d like to join the Tennis Club, get someone to hit with you or learn how to operate the ball machine, contact any of the executive board members. Contact information is on the bulletin boards right outside the Sports Club side doors.